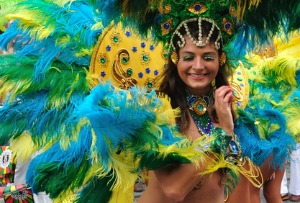 (Reuters) – One of Facebook’s earliest investors has turned his attention to a distant market with a small but lively start-up scene: Brazil.

Kevin Efrusy, the partner at Accel who spearheaded the firm’s initial $12.7 million investment in Facebook back in 2005, has made several new investments in Brazil over the last year or so.

Efrusy, who declined to be interviewed for this article, is perhaps the most ambitious of a growing number of U.S.-based venture capitalists who see opportunity in a country with a large population, a fast-growing middle class, big growth potential and political stability.

“Venture capital is an industry that is just being born in Brazil and the trend is that it will go very quickly from millions to billions,” said Haroldo Korte, a Sao Paulo-based manager at Atomico, a fund created by Skype co-founder Niklas Zennstrom.

Last month, Sao Paulo was one of the hottest stops for Geeks on a Plane, a series of tours organized by venture capitalist Dave McClure of Mountain View, California-based 500 Startups. The tour brought more than 40 tech junkies, entrepreneurs and investors to Brazil.

There are still plenty of obstacles. The Brazilian economy has been barely growing in recent quarters, and start-ups must contend with high taxes, comparatively limited access to early-stage funding, and the absence of organized programs to foster entrepreneurship. Entrepreneurs with regional aspirations must work in Spanish as well as Brazil’s national tongue, Portuguese.

There are cultural barriers as well. Failure carries a bigger stigma in Brazil than in the United States, making entrepreneurs less aggressive, says Ted Rogers, a partner at Arpex Capital in Sao Paulo. The community of engineers, developers and experienced entrepreneurs is also small, if growing.

And Brazil has yet to experience a sizable venture-capital exit through a sale or an initial public offering to show the way. Perhaps the closest was the 2009 sale of Buscape, a price-comparison site, to South African company Naspers for $340 million.

“It hasn’t had its Netscape moment, its Google moment,” said Rogers, referring to IPOs in 1995 and 2004 that bolstered venture-backed Internet investments in the United States.

But investors are hoping that Brazil’s booming consumer market in particular might soon produce a home run. Brazilians already spend about $10 billion a year online, and investors believe there is plenty of room for growth: just 40 percent of the population is connected to the Internet, compared with twice that in the United States.

“Investors got here with a huge appetite. They saw untapped opportunities and made a series of investments in companies that were trying to capture Brazil’s macroeconomic optimism,” said Fernando Okumura, chief executive of Kekanto, a Yelp-style reviews company that is among Accel’s investments.

“Most of the investments went to e-commerce – betting on the strong expansion of Brazil middle classes and the country’s potential for consumption,” Okumura added.
Efrusy, who spent three days in Brazil earlier this week, has also focused on consumer e-commerce, with bets on online retailer Shoes4you, Elo7, and travel site Despegar, which has extensive operations in Brazil.

But he’s has also invested in Mind Lab, a company that is working to improve teaching methodology. His willingness to look for innovation “is very good for the ecosystem in Brazil,” said Eric Acher, a partner at Monashees Capital in Sao Paulo, also an investor in Mind Lab.

Rogers recalls Efrusy going off the beaten path to Espirito Santo, a state north of Rio, last year to talk with entrepreneurs at a meeting. “It was a big deal for them that he was there,” Rogers said.

Efrusy, who grew up in Hinsdale, Illinois, and obtained bachelor’s and master’s degrees at Stanford University, is described by entrepreneurs who have worked with him as low-key and self-effacing. U.S. business-lender Capital Access Networks took Accel’s money over other firms’ because of the quality of ideas Efrusy bought to the table, along with a certain doggedness, said Chief Executive Glenn Goldman.

“Nobody committed the kind of team and persistence that Kevin and his team did,” Goldman said.
As Facebook’s tumble on the public markets raises questions about the value of U.S. consumer-Internet companies, Efrusy’s move south may be prescient.

But as was the case with Facebook, it will take years to see whether his bet on Brazil will pay off.

(By Sarah McBride and Esteban Israel; Editing by Jonathan Weber and Steve Orlofsky)