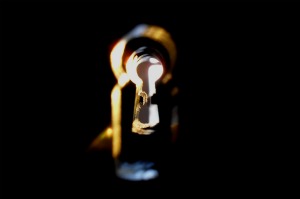 (Reuters) – Facebook and lawmakers have warned employers against requesting Facebook passwords while screening job applicants, a controversial practice that underscores the blurring distinction between personal and professional lives the era of social media.

The practice has reportedly grown more commonplace as companies increasingly regard profiles – or embarrassing photos from wild nights out – as windows into a prospective employee’s character.
On Friday, Facebook Inc’s Chief Privacy Officer, Erin Egan, posted a note warning that the social networking company could “initiate legal action” against employers that demand Facebook passwords.

Also, lawmakers in several states and in Washington said they would introduce bills to prohibit companies from vetting employees by demanding access to private accounts.

Leland Yee, a California state senator, told Reuters on Friday he introduced legislation that would prohibit companies in the state from soliciting Facebook passwords from job applicants. The Associated Press reported that lawmakers in Illinois and Maryland were also considering similar moves.

“Employers can’t ask in the course of an interview your sexual orientation, your age, and yet social media accounts may have that information,” Yee said.

“Employers have legitimate questions about a person’s job performance, but they can get that information the regular way, without cutting corners and violating people’s privacy.”

Egan said in a post on Facebook’s website published on Friday that the social networking company has seen in recent months “a distressing increase in reports of employers or others seeking to gain inappropriate access to people’s Facebook profiles.

“We don’t think employers should be asking prospective employees to provide their passwords because we don’t think it’s the right thing to do.”

“But it also may cause problems for the employers that they are not anticipating. For example, if an employer sees on Facebook that someone is a member of a protected group (e.g. over a certain age, etc.) that employer may open themselves up to claims of discrimination if they don’t hire that person.”

The issue bubbled up this week after the Associated Press reported that employers are increasingly asking to look at content job applicants have uploaded to their digital accounts, regardless of whether that content is shared or not.

In the case of the Maryland Department of Corrections, job applicants were asked to browse through their own Facebook accounts with an interviewer present, the AP reported.

The ACLU, which previously criticized the Maryland state government’s online vetting, called the practice “an invasion of privacy” in a statement this week.

“You’d be appalled if your employer insisted on opening up your postal mail to see if there was anything of interest inside,” said ACLU attorney Catherine Crump.

“It’s equally out of bounds for an employer to go on a fishing expedition through a person’s private social media account.”

Facebook’s outspoken stance on the issue cast it in an unfamiliar but welcome role.

Hundreds of users cheered Egan, applauding a company that has been repeatedly criticized for bungling privacy issues over the years, especially when changing privacy settings without duly notifying users.

By Friday afternoon, close to a thousand users had “Liked” Egan’s post and many users left positive comments.

Yet there were still a few cynics.

“FB you’re talking out of both sides of your mouth,” wrote Facebook user Ron Carrubba. “Now how about fixing your other privacy issues in the application itself?”