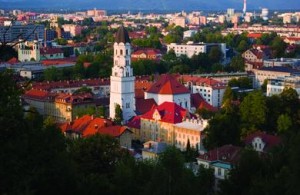 Central and Eastern Europe (CEE) is likely to generate a bigger proportion of European buyouts than ever before in 2008, in part because of a decline in traditional buyout markets but also because the region is proving more resilient to the effects of the credit crunch.

A renewed focus on the region is at least partly because the market for large West European buyout financing is facing a bleak 12 months. But, said Michael Castle, a banking partner at Allen & Overy, the attention focused on the CEE region is not just a reaction to weak markets elsewhere. “I expect to see more LBO activity in the region in 2008 than in 2007. Sponsors are increasingly comfortable with political risk and have already moved into the region seeking value. That trend is continuing,” he said.

Leveraged loan deals worth €30bn were completed in CEE in 2007, up from just under €21bn in 2006. The region undoubtedly holds attractions for sponsors. Much of it is now inside the European Union, resulting in an even lower risk profile, while economic growth, albeit often from a low base, is more in line with emerging market rates.

Martijn Bruins, head of leveraged finance and sponsor coverage for Central & Eastern Europe at ING, said a mix of players are active. “The big international sponsors are increasingly active in the region, and more local players remain active, they all have funds to put to work. Unlike Western Europe, deal flow is about the same as it was a year ago,” he said.

“Sponsors are looking for higher growth opportunities in high growth economies and returns can be less dependent on leverage than on finding assets in high growth sectors with good management in place,” he said.

However, as sponsors have discovered in traditional buyout markets, attractive targets alone are not enough to drive a robust market. The second pillar supporting CEE buyouts is the availability of debt.

Tim Polglase, London head of leveraged finance at Allen & Overy, says that local liquidity is a key factor. “A lot of the banks in the region do not have the overhang of LBOs that a lot of Western banks are tied up by,” he said. “There is a limit to the extent of local/regional liquidity, but these banks can absorb large deals.”

Martijn Bruins says the types of deals seen play to market conditions. “Deals are typically smaller, mostly up to €200m–€300m debt size, and are much less dependent on the institutional investor market.” he said. “There is liquidity for senior debt among banks, especially regional and domestic players, and mezzanine can be placed smoothly with specialist mezzanine funds. On the two deals we have in the market at the moment, CTL and Euromedic, the mezzanine was allocated very quickly.”

Commerzbank and ING arranged the debt supporting the acquisition by Bridgepoint of Polish rail freight distributor CTL Logistics. It was Bridgepoint’s first acquisition in Central Europe. ING, along with UniCredit, worked on a recent refinancing of Euromedic, worth €365m.

Some suggest that the market could absorb deals of up to €2bn, in the right sector and in the right country, though there is also some scepticism about the real depth of local liquidity. That may be tested, with auctions ongoing for telecoms operators in the region, though sponsors would have to overcome competition from trade buyers first.

For example, the Slovenian government is understood to have been underwhelmed by bids for a stake in its €3bn incumbent Telekom Slovenije. Iceland-based Skipti and a consortium of Bain Capital, Axos Capital and Slovenia’s BT Global Services are the remaining bidders in an auction for the business, with the Bain consortium backed by a classic LBO structure.

Blackstone is competing with trade buyer TeliaSonera to buy Latvian mobile operator Lattelecom from the Latvian government for close to €700m in another privatisation battle.

“Auction processes have slowed since the credit crunch,” added Polglase at Allen & Overy. “Bidders are looking at deals in more detail and the sell-side is finding it harder to create a sense of urgency. In growth businesses, there can be a disparity between buyer and seller valuations. Sellers want to price in anticipated growth.”

Increased competition from trade buyers and less frenetic deal-making are typical of the more general post-crunch LBO market and the crunch has had other effects on CEE deals.

“Pricing has increased 25bp to 50bp since the credit crunch for most of the CEE region, more for Russia, Turkey and other riskier areas,” said ING’s Bruins. “We see pricing today at around 250bp over Libor for an amortising A loan, 275bp–300bp for a B loan, 325bp–350bp for a C loan and 10%–11% for mezzanine. The main drivers of senior pricing are the degree of local bank liquidity and whether a local currency is used.”

“Credit has become more important and deals do need amortising tranches and tighter covenants. For a strong credit with a good story and a reasonable debt structure, a deal can be underwritten.”

Castle at Allen & Overy agreed, saying: “Pricing in emerging markets was higher but ahead of the credit crunch we had begun to see institutional investors buying debt at levels more like Western LBO pricing. That has ended.”

Carry on as before

Other than pricing, the post-credit crunch market is not affecting the structures in place. In many cases, this is because the region had not seen the highly complex capital structures that emerged elsewhere. Nevertheless, deals do differ from those seen in more mature markets.

“In many cases structures are all senior or have more senior debt than an equivalent Western European deal, possibly with some mezzanine,” said Castle. “Deals are structured to be attractive to the regional bank bid.”

Moreover, with debt to equity ratios in the region generally lower, sponsors are prepared to put more equity in when they are looking at higher growth to achieve their returns.

“Local banks, which are not affected by political risk considerations, do not charge a lending premium,” added Polglase. “They are also prepared to lend for longer periods, up to 10 years for instance, on deals where Western lenders will lend for up to six.”