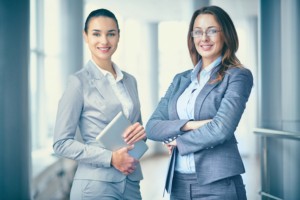 We’ve received a lot of feedback to the column “Let’s see some fireworks” about the gender gap in private equity and venture capital. Below is a collection of your responses. We here at peHUB appreciate all your thoughts on this issue and hope you keep the responses coming — this is a discussion we want to keep going:

Christine: “I actually think there’s a lot of talk about the lack of diversity in VC. However, women may be reluctant to speak up about it because there seems to often be backlash against speaking out. People may see it as complaining or pointing blame or they just flat out deny that sexism exists and gender isn’t relevant. That said, I’m glad to see more women speaking their mind about the lack of diversity and even going so far as to cite specific examples of how they have felt unwelcomed — especially when it involved harassment. This needs to be out in the open. The negative commentary may be collateral damage to surfacing the real ugly issues, but it will help to enact real change.”

Ken: “This is a tough industry and it takes a while to become senior and to get carry and monetize it. Women who are in the industry will often marry someone also in the industry. While its nice to get two heavy hitting salaries, it’s a pretty incompatible lifestyle. So the woman usually makes the decision to exit…I do it for the money. If I didn’t need the money I would do something else. I’m not curing cancer. It’s tough to have any kind of family with this lifestyle.”

Sarah: “A firm that generates significant profits and is able to raise multiple funds is something to be proud of. The two or three old men who started and built that fund are very proud of their accomplishments and want to see the firm continue beyond their involvement. The best way to ensure that continuity is to turn the firm over to someone like themselves, or maybe a slightly better version of how they like to see themselves. In hiring associates, there is no long-term commitment. But in hiring VPs and developing/promoting them to partners or managing directors, there is an either overt or subliminal desire to groom someone who reminds them of themselves. But maybe with a slightly better pedigree from the school they wanted to go to, or with a better handicap or hairline. There is an excess number of talented individuals who can take the job. So, given the choice, they pick a handful of people who reinforce their own importance to the fund and who are most likely to keep doing things the way they would if they were immortal.

By comparison, the job of choosing a successor in the corporate world is much less personal and emotionally-charged. A board of directors is almost always involved in developing and selecting a succession plan which de-personalizes the selection. The corporation probably existed before the current CEO was in place and he or she has less of a legacy or personal affiliation with the role of CEO.”

Anonymous: “‘Don’t complain’ is the mantra du jour. VC/PE is an archaic industry that is still stuck in the middle-ages in its social norms.”

Luisa Beltran contributed to this report.