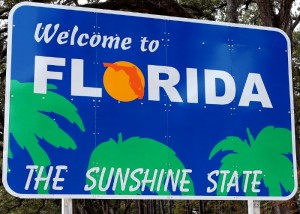 Overall, Florida has 5.2 percent, or $6.5 billion, of its main pension’s assets in invested private equity capital. The target is 5 percent.

The largest of the new commitments was a $200 million pledge to Carlyle Partners VI LP, the newest flagship vehicle from The Carlyle Group, one of the largest funds in the market with a target of $10 billion. Fund VI so far has garnered more than $2.8 billion in commitments, according to a Securities and Exchange Commission filing. Another pension that has made a pledge to Fund VI is the Texas County & District Retirement System, which committed $75 million.

Florida earlier backed the 2007-vintage Fund V with a $200 million pledge. That fund is so far returning an IRR of 9 percent, according to Florida data from June 2012. Florida also contributed to Carlyle Partners Funds II, III and IV and a pair of the firm’s Asia and Europe-focused funds.

As of March 2012, the firm’s 2008-vintage debut fund was returning an IRR of 6.5 percent and a 1.5x return multiple, according to March 2012 data from MainePERS and the San Diego County Employees Retirement Association.

According to March 2012 data from CalPERS, Wayzata’s previous fund, the 2008-vintage Fund II, was producing an IRR of 16 percent along with a 2x investment multiple.

Florida made a $100 million pledge to Oaktree Opportunities Fund IX LP, the newest flagship fund from Oaktree Capital Management, the Los Angeles based debt specialist. That fund, which has a $4 billion target, has garnered significant interest among pension, including a $400 million commitment from the Washington State Investment Board, a $175 million commitment from the Massachusetts Pension Reserves Investment Management Board, $100 million each from the Illinois Teachers’ Retirement System and the Los Angeles County Employees’ Retirement Association, and $75 million each from the California State Teachers’ Retirement System and the Kentucky Teachers’ Retirement System. The prior fund in the series, Fund VIII, closed in 2011, so data is too new to have any significant meaning.

Finally, Florida pledged $100 million to Falcon Strategic Partners IV LP, the newest fund from Falcon Investment Advisors, the Boston-based mezzanine specialist. The fund is targeting $850 million. Another investor that has committed to Fund IV is the Louisiana State University Foundation, which pledged $50 million.

The previous fund in the series, the 2009-vintage Fund III, has so far produced an investment multiple of 1.3x, according to March 2012 data from the New York State Common Retirement Fund.