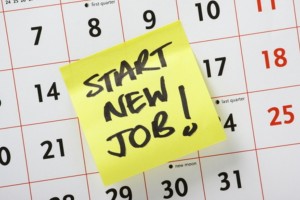 Melissa Griffin, a private equity portfolio manager at the Florida State Board of Administration, has joined the Georgia Division of Investment Services as a private equity analyst, Jim Potvin, executive director of the Employees’ Retirement System of Georgia, confirmed to peHUB.

Griffin worked at Florida SBA from January 2005 to April, according to her LinkedIn profile. She started at Florida as a financial analyst and moved into the private equity portfolio manager position in 2012, her profile said.

She was a member of Florida’s small but prolific private equity team that so far this year has committed almost $2 billion to alternative investments. The private equity team is led by John Bradley and includes Wesley Bradle, who joined this year from the California Public Employees’ Retirement System, Reid Hanway and Luanne Good.

Florida has been looking for a replacement for Griffin and is at the point where it is not accepting any more applications, according to Florida SBA spokesman John Kuczwanski.

Griffin joins the fledgling private equity program at Georgia, which launched in 2012 after Georgia Gov. Nathan Deal signed legislation allowing its public pensions to invest in private equity. The legislation excluded the state’s teachers’ retirement pool, the bigger of the pension systems in the state, which had $58.6 billion in fiscal 2013, according to the system’s fiscal 2013 annual report. The state workers’ pension had $15.6 billion as of June 30, 2013, according to the Employees’ Retirement System’s fiscal 2013 report.

Potvin declined to discuss any details of the progress of the private equity effort. The system is prohibited by statue from publicly disclosing information for a year after investments close, he said. However, a 2014 Alternative Investments Annual Update, written by Potvin, is available on the pension’s website.

The pension system has been building its private equity program in part by looking for secondary stakes in funds to mitigate the J-curve effect, according to the update letter. Investment staff met with more than 200 managers and found opportunity to “bid on several secondary investments,” the letter said.

The pension also made its first primary commitment in the fourth quarter of 2013, the letter said.

“It is expected that the fund will make additional commitments to new private equity funds and will opportunistically bid on secondary transactions during 2014,” the letter said. “The fund will continue to try to mitigate the J-curve effect as the alternative investment portfolio continues to be built out.”