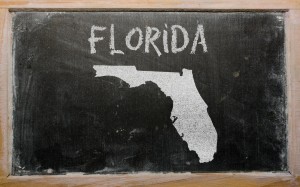 The Florida State Board of Administration has made its first set of private equity commitments under Trent Webster, its new senior investment officer for private equity and his deputy, John Bradley, sister publication Buyouts reported.

The SBA, which manages $157 billion in pension and emergency funds, said it committed $500 million to three buyout funds and another $300 million to a private equity real estate fund. In March, Webster was named to replace Jim Treanor, who left in 2011 to move to the private sector.

All four commitments were for Florida’s main pension plan, the $126 billion Florida Retirement System, which has 4.7% of its assets, or $5.9 billion, in invested private equity capital. The pension’s private equity target is 5%.

One of the three buyout commitments was a pledge of $200 million to the latest fund from Leonard Green & Partners, Green Equity Investors VI LP, a fund that has already exceeded its original $5 billion target, according to recent press reports. Los Angeles-based Leonard Green is known for making investments in prominent retailers such as Neiman Marcus, Whole Foods, Rite-Aid, Sports Authority, Petco and BJ’s Wholesale.

Green’s previous fund, the 2007-vintage Fund V, has so far returned an IRR of 14%, according to Florida’s latest return data from Dec. 31, 2011. While Florida did not provide return multiples, September data from the Oregon Investment Council put the return multiple of Fund V at 1.3x.

Florida also committed $200 million to Platinum Equity Partners’s Platinum Equity Capital Partners III LP, a fund with a $3.75 billion target. The fund’s strategy is to invest mainly in Europe and the U.S., to buy underperforming businesses and execute turnarounds.

Other investors in Platinum’s latest fund include the Pennsylvania Public School Employees’ Retirement System, which committed $200 million to the fund earlier this year.

This is the third Platinum fund for Florida, which invested $50 million in Fund I and $75 million in Fund II. That last fund, which closed in 2007, has returned an IRR of 9% and has delivered a 1.4x return multiple, according to Pennsylvania PSERS.

Other investors in Fund VII include the Virginia Retirement System, the Wisconsin Investment Board and the University of Texas Investment Management Corp.