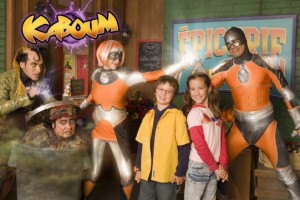 The Fonds de solidarité FTQ has invested $3 million in Pixcom Group Inc, a Montréal-based company focused on the production of digital and television content, international distribution, corporate communications, dubbing and technical services. Pixcom, founded in 1987 by President Jacquelin Bouchard, will use the funds raised to expand. It will focus on new opportunities in Canada and the United States, said Janie Béïque, the Fonds’ senior vice president of industries, entertainment and consumer goods.

Montréal, April 13, 2016 – The Fonds de solidarité FTQ today announced a $3-million investment in Pixcom Group, a Montréal-based company founded by Jacquelin Bouchard in 1987. Pixcom will use the funds to expand abroad.

“Pixcom’s growth plan shows that Jacquelin Bouchard is serious about future-proofing the company he created almost 30 years ago. Backed by a strong management team consisting of Nicola Merola, Charles Lafortune and Sylvie Desrochers, as well as producers and many craftspeople, Pixcom is well positioned to capitalize on opportunities elsewhere in Canada and in the U.S.,” said Janie Béïque, Senior Vice-President of Industries, Entertainment and Consumer Goods at the Fonds de solidarité FTQ.

“Thanks to the financial support of our new partner, the Fonds de solidarité FTQ, we will be able to step up our development as a world-class producer of digital and television content. We will be able to go further and faster. The extraordinary potential of our Québécois creators is a tremendous economic lever that will generate even more jobs,” said in turn Groupe Pixcom president and founder Jacquelin Bouchard.

This year, Pixcom will produce, among others, a dramatic series on the life of Jean Béliveau for Historia, and “Restoration Garage”, a TV series for the U.S. channel Velocity.

In addition to its permanent 40-member team, Pixcom employs close to 1,500 people (artists, technicians, production teams) every year in response to client needs.

The Fonds de solidarité FTQ helps drive our economy. With net assets of $11.2 billion as of November 30, 2015, the Fonds is a development capital fund that channels the savings of Quebecers into investments in all sectors of the economy to help create and maintain jobs and further Québec’s development. The Fonds is a partner, either directly or through its network members, in more than 2,550 companies. With over 600,000 shareholder-savers, the Fonds has helped create, maintain and protect more than 176,000 jobs. For more information, visit www.fondsftq.com.