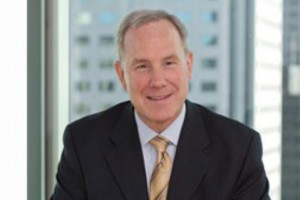 HarbourVest acquired the stake in Health Evolution Partners’ growth fund around the end of last year, three sources said. HarbourVest, which makes secondary and primary investments, put up the bulk of the investment, though one or more co-investors also participated, according to a person with knowledge of the sale.

The deal represented about $400 million of net asset value, the person said. It’s not clear how much HarbourVest paid, though sources described the amount as a discount to NAV.

The sales process was run by Evercore’s secondaries advisory team.

HarbourVest’s acquisition gives Health Evolution’s team, which will continue to manage the portfolio, time to harvest remaining investments and build up its track record, one source said.

“My partners and I are delighted to have the backing of world-class investors like Harbourvest and their partners. We look forward to working with them to build successful health care middle-market companies and to take the Health Evolution Partners franchise to new levels,” Health Evolution Managing Partner and CEO David Brailer told Buyouts in an email.

The deal gives new life to a firm that had an uncertain future after its only limited partner, the California Public Employees’ Retirement System, decided to end the relationship. The firm is not winding down, two sources said. In fact, Health Evolution has plans to raise a new fund, the two sources said.

“In simple terms, this [deal] is one LP who wants to exit, and one who wants to enter,” according to the person with knowledge of the deal. “This is a GP who will raise more capital.”

The partnership with Health Evolution was formed by a CalPERS’ team that had since departed, the person said. CalPERS shifted strategy and was no longer backing single-LP funds, the person said.

“The original sponsors left, which is often the case at CalPERS,” the person said, describing the system as a “revolving door.”

However, performance of Health Evolution funds was also an issue for CalPERS.

Brailer, the former national coordinator for health information technology within the U.S. Department of Health and Human Services, formed Health Evolution in 2007 in partnership with CalPERS. The pension system committed $200 million to a fund of funds the firm formed at inception and another $505 million to Health Evolution’s growth fund in 2008. About $448.3 million of the growth fund commitment had been drawn as of Sept. 30, according to CalPERS.

The growth fund posted a 2.7 percent net IRR and a 1.1x multiple as of Sept. 30, according to CalPERS.

Separately, the fund of funds, which one source said was not part of the sale to HarbourVest, posted a negative 3.8 percent net IRR and a 0.9x multiple as of Sept. 30, CalPERS said.

Real Desrochers, senior investment officer for CalPERS’ private equity program, recommended the retirement system get out of the investment because he didn’t believe Health Evolution’s growth fund would achieve its goal of a 20 percent IRR, Pensions & Investments reported in August. CalPERS investment staff earlier this year refused to allow the growth fund to use already-committed capital and told Health Evolution to find a new partner or face liquidation, P&I reported.

Joe DeAnda, a CalPERS spokesman, did not return a call for comment.

Health Evolution’s staff has declined from 16 in November to seven as of Friday, according to its website. Besides Brailer, the team includes Partners Ned Brown, David Smith (head of the portfolio services group), and Kay Yun; Investment Partner Braden Kelly; Senior Advisor Reid Perper; and Vice President Thomas Chung, according to the website.