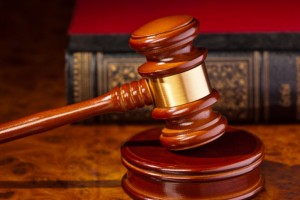 A federal grand jury indicted on Thursday a former Calpers board member on charges of bribing a chief executive of the California public pension fund and faking documents to gain million of dollars in investments fees.

U.S. Attorney Melinda Haag announced that Alfred J. Villalobos, a former member of the board of the California Public Employee Retirement System who later worked as a placement agent, engaged in a conspiracy to commit corruption, defraud the United States, conceal materials, and conspire to commit mail and wire fraud.

Villalobos was a member of Calpers board from 1993 to 1995 and later founded a placement agency called ARVCO Capital Research LLC that solicited investments by public pension funds in private equity funds, according to court documents.

Thursday’s indictment was a revision from one originally filed in March 2013, when Villalobos was charged, along with former Calpers Chief Executive Fred Buenrostro, in connection with a scheme involving a $3 billion Calpers investment in funds managed by Apollo Global Management, a New York-based private equity firm.

Villalobos was the placement agent who orchestrated the transaction between Apollo and Calpers, according to a statement released by the U.S. attorney for the Northern District of California.

Prosecutors allege that in 2007, Villalobos and Buenrostro created a series of fraudulent investor disclosure letters, for which Villalobos’s firm earned $14 million in fees.

Villalobos and Buenrostro then proceeded to misrepresent and conceal information from the U.S. Securities and Exchange Commission, the U.S. Postal Inspection Service and the Federal Bureau of Investigation, the documents said.

The attorney for Villalobos, Bruce Funk, could not immediately be reached for comment after hours on Thursday.

In July, Buenrostro pleaded guilty to a single count of conspiracy and agreed to cooperate in future investigations.

In his plea, Buenrostro admitted he had accepted gifts, travel and other benefits from Villalobos in exchange for using Calpers investments, including cash bribes that eventually totaled approximately $200,000 and were delivered to him at a downtown Sacramento hotel in paper bags and a shoe box.

Villalobos hosted Buenrostro’s wedding at his home in Nevada, flew the Calpers chief to Dubai, Hong Kong and Macau, and provided valuable casino chips to now-former Calpers board members, Buenrostro stated in the plea agreement.