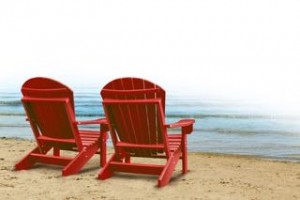 George Fisher, who once worried that government stimulus during the financial crisis could cause “another wave of abuse and greed,” has retired as a senior advisor from Kohlberg Kravis Roberts & Co.

Fisher retired in January, but the move didn’t come to light until now. KKR spokeswoman Kristi Huller confirmed Fisher had retired after serving as a senior advisor for 11 years.

“George has made invaluable contributions over his more than 10-year tenure working with the firm, and he has been a great friend and colleague,” Paul Raether, member of KKR and head of portfolio management committee, said in a statement.

Fisher mostly liked to stay in the background, according to one person with knowledge of the firm. “By reputation, a great CEO, probably a good coach to portfolio company CEOs,” the source said.

KKR’s senior advisors work with portfolio companies to source and evaluate investment opportunities, as well as assist with operational issues.

Before joining KKR in 2003, Fisher was chairman and chief executive of Eastman Kodak Co from 1993 to 2000. He also was chairman and CEO of Motorola from 1990 to 1994, according to his LinkedIn profile.

Other senior advisors at the firm include Henrique Meirelles, former governor of the Central Bank of Brazil; Lewis Eisenberg, former chairman of the Port Authority of New York and New Jersey; and Liu Chuanzhi, founder of Lenovo Group.

Back in 2009, Fisher gave a speech at Columbia Business School’s Private Equity and Venture Capital Conference in which he worried about bad behavior that could result from government efforts to stimulate the economy. “That’s inevitable as we sit here — that there will be another wave of abuse and greed,”he said at the time. “It seems to be human nature.”

It was quite a pessimistic view, especially at an industry conference. But things were different in 2009. Today, with deal prices climbing toward peak levels and institutional investor capital flowing into private equity funds, that conference speech, indeed that whole era, seems like a different world.

But to Fisher’s point, the government’s effort to stimulate the economy by keeping interest rates near zero has caused investors desperate for yield to take more risk, pouring money into investments like private equity. Flush with capital, firms are chasing deals at increasingly robust pricing using cheap credit to fuel their activity.