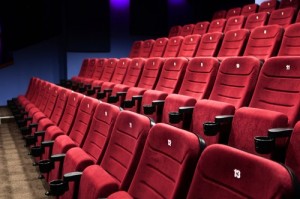 A new Winnipeg, Manitoba-based company, FRANK Digital Inc., a full-service digital production facility equipped to collaborate with clients on commercial, corporate and branded content productions, has been formed through the merger of the commercial units of Frantic Films Corp. and Mid Canada Production Services Inc. The television and film production-focused Frantic Films is a portfolio company of Canadian private equity firm PRIVEQ Capital Funds. PRIVEQ provided the company with expansion capital in 2007.

FRANK is now Manitoba’s most comprehensive, fully HD production house with more than 10,000 square feet of audio and video post-production facilities, including Manitoba’s only Dolby Certified 5.1 audio mix theatre, providing services for international film and television along with web design and multimedia.

“Although we were technically competitors, Frantic and MidCan have collaborated on several projects in the past, including the CentrePlace Manitoba interactive pavilion for the 2010 Vancouver Olympics, and a new web-series called WindCity,” says Chris McIvor, FRANK’s Chief Executive Officer and former Operations Manager at Midcan. “We started discussing the results of our collaborations, the advantages of our combined talents and resources and, well, one thing led to another.”

Frantic’s Jeff Peeler is FRANK’s President and Executive Producer. He says the move to almalgamate the two divisions just made sense. “MidCan is well-known for their tremendous technical and post-production capabilities while Frantic’s commercial division is known for its creative team and production experience. The two skill sets could not have dove-tailed more brilliantly.”

McIvor adds, “With our combined talents, networks and resources, FRANK Digital is primed to be a leader in the Canadian commercial and corporate production industry.”

After 35 years in the industry, MidCanada Production Services will remain in operation under President and CEO, Wayne Sheldon, offering rental of a large production studio as well as Manitoba’s largest fleet of broadcast cameras and associated equipment. Midcan is also a FUJI Film Elite Dealer and the only Panasonic authorized Professional dealer for Manitoba, Saskatchewan and Northwest Ontario.

“When you start a business from the ground up, the only thing you want is for it to grow and thrive. I am very happy with what we’ve accomplished at Midcan, excited by this new chapter in its life, and enthusiastic about how FRANK Digital will be able to grow on both the local and national stage,” says Sheldon.

Frantic Films is one of Canada’s leading producers of film and television content. From its offices in Winnipeg and Toronto, the company has produced over 400 hours of award-winning programs that have set many ratings records. Frantic will continue in its core business of film and television production under the leadership of CEO, Jamie Brown and the senior management team. In addition to his role at Frank, Jeff Peeler will continue his involvement in Frantic’s television and film projects.

Says Brown, “Frantic and Midcan have accomplished a lot on their own, but together they are set to reach new heights. The quality of the combined team is unsurpassed and I know our clients will be even better served by everything Frank can now bring to their projects.