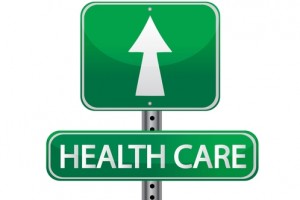 Less than a year after leaving JLL Partners, Ramsey Frank has launched his own private equity firm.

“Basically, I’ll be doing what I did for a long time at JLL,” he says. “We had lots of great success in the healthcare space…healthcare there [accounted for] some of the best deals the firm ever did.”

He’s getting some help at Amulet from Ari Benacerraf, a former senior MD and co-founder of Diamond Castle. Benacerraf has joined Amulet Capital as a partner, says Frank.

Benacerraf is discharging all his duties at Diamond Castle, including staying on boards and managing portfolio companies, a source says. (This doesn’t bode well for Diamond Castle, which raised one fund, of $1.8 billion, in 2006. That pool is totally invested, the person says. In February, sister magazine Buyouts reported that Diamond Castle would try to raise another fund but the likelihood of that happening is “more remote now,” the source says.)

Frank and Benacerraf are joined by Jay Rose, a former principal at Health Evolution Partners, who also worked at JLL for Frank. And George Fotiades, the former president and chief operating officer of Cardinal Health, has been appointed an operating partner, he says. (Fotiades is listed as an operating partner at Diamond Castle.) “There are four partners in total,” Frank says.

Frank joined JLL, a New York middle market PE firm that targets several industries including healthcare, in 1999. He officially left the firm in the first quarter of this year. At this point, Frank was a senior MD and mainly focused on healthcare investing. “It was time,” he says of his departure from JLL. “I had a good run over 12 years and it got to the point where I wanted to go out and see if [I could] lead a firm [on my] own.”

Amulet is “organized and starting to look at things,” Frank says. He declined to comment on any fundraising plans or how the firm will finance deals. Amulet will be looking to write equity checks ranging from $40 million to $150 million, he says.

“Down the road we will be looking to fill out the team,” Frank adds. He chose the  name Amulet because it’s a gemstone you wear for good luck and good health. “It was tough to find a name,” he says.

Regardless of who wins Tuesday’s presidential election, there is much opportunity in healthcare, Frank says. “Healthcare is one of the few sectors that you know will grow over the next couple of years faster than the GDP,” he says.

Frank says he’s a supporter of Mitt Romney, the Republican candidate. “I would like to see him win,” Frank says. “He’ll be better for the economy and better for both individuals and businesses.”