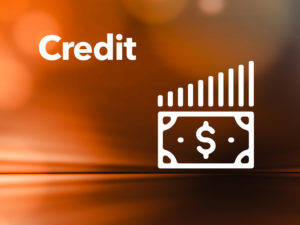 Prostar Capital has provided a $280 million debt facility to Fujairah Oil Terminal, a bulk liquid storage terminal located in the Port of Fujairah, UAE. The debt facility will be used to replace the existing senior debt as well as create a capital expenditure facility to fund the connection of the terminal to the Very Large Crude Carrier jetty and ADCOP pipeline.

FOT is a 7.4 million-barrel bulk liquid storage terminal located in the Port of Fujairah, UAE, a major strategic energy trading center and one of the largest bunkering ports in the world. FOT is the top ranked independent facility in the Port, contributing 29% of 2020 throughput and representing about 12% of the Fujairah storage market.

“We’re very excited to be able to take advantage of FOT’s strong financial performance and beneficial market conditions to conduct this refinancing,” said Steve Bickerton, Senior Managing Director at Prostar Capital and Chairman of FOT. “Not only have we secured more favorable terms and increased liquidity, but also the capital to fund a major VLCC expansion project that will improve operational efficiency and help the facility build on its loyal customer base for years to come.”

Once completed, the planned capital project will connect the terminal’s crude oil tanks to the Port of Fujairah’s VLCC loading facility via Matrix Manifold 2 (MM2) and the ADCOP pipeline, which is currently being extended to MM2. The improvements will increase FOT’s competitiveness, expand its customer base, and improve operating efficiency. It will also allow the terminal to leverage the expected growth in crude trading in the region, complemented by the recent launch of the world’s first Murban futures contract, which requires physical delivery in Fujairah.

“This refinancing is in line with Prostar’s strategy to further improve the financial and operating performance of our assets and enable further organic growth via robust capital expenditure programs,” said Dave Noakes, Senior Managing Director at Prostar Capital. “We have built one of the most successful terminal facilities in the region, and this VLCC expansion will further align our interests with those of our customers as we look to meet growing energy demand, particularly in Asia, where the bulk of FOT’s product is delivered.”

About Prostar Capital
Established in 2012, Prostar Capital is a private investment firm that invests in energy infrastructure assets located in major trading and logistics supply hubs that serve strong GDP growth and rising energy demand in Asia. Prostar’s investment strategy is supported by sound ESG principles and a focus on accelerating the world’s transition to net-zero carbon emissions. Prostar’s team is comprised of experienced professionals with decades of energy infrastructure investment and operational expertise. Prostar operates from offices in Greenwich, Hong Kong and Sydney. For more information, visit Prostar’s website at www.prostarcapital.com.