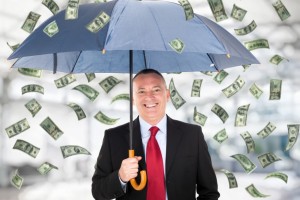 The fundraising environment is improving, but it’s still tough for many GPs to raise money.

The fundraising sector is on track to raise $350 billion globally this year, up from $270 billion last year, said Antoine Dréan, the founder and chairman of Triago, the global placement agent. He noted that the totals are above the $250 billion typically raised by the industry in prior years, although it will still not meet the demand by firms out marketing.

“It’s shaping up as the best year for private equity fundraising since the crisis, but over 2,000 GPs are currently aiming to raise in excess of $800 billion – 2.3 times what is likely to be raised this year,” Dréan said.

The fundraising market has been “steadily improving” year-by-year since 2009, said David Fann,  president and CEO of TorreyCove Capital Partners.

“This has been a good fundraising year thus far, although we are uncertain where it ends up,” Fann said.

Figures from Preqin confirm the positive sentiment. The sector this year will likely exceed $400 billion in global fundraising for the first time since 2008, said Tim Friedman, a Preqin spokesman. The Preqin numbers include many different types of funds, including buyout, venture, mezzanine and distressed.

The market may be improving but Friedman cautioned that not all firms will have an easy time raising capital.

“We now have more funds seeking more money, and there is clearly less capital to go around from allocators,” he said.

With so many GPs fundraising, many won’t be able to hit their targets and will likely come in below their target, Triago’s Dréan said. Or they may just fail.

“There won’t be money for everyone,” he said.

The industry is still a contrast between the ‘haves’ and ‘have nots,’ Dréan said. Roughly 25% of GPs will have little problem, while the rest will likely face difficulty.

“Fundraising is either rather easy or it’s impossible,” Dréan said. “There’s nothing in between.”

“We are seeing strong traction with some large buyout firms, especially those that have performed well through the cycle,” Fann said.