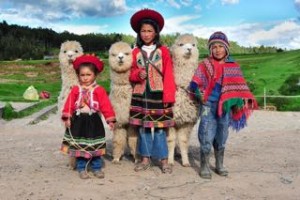 Capital rushed back into private equity funds in Latin America last year, with fundraising breaking all previous records with a full-year tally of $10.39 billion, according to the Latin American Private Equity and Venture Capital Association.

This shows a maturing of the industry as smaller, more local general partners begin fundraising along with large, international firms, said Cate Ambrose, president of LAVCA.

She told Buyouts that LPs continue to have strong appetite for exposure to Latin America.

“Institutional investors see Latin America as a region where they need to be represented,” Ambrose said. “It’s an ongoing opportunity not just today but in the mid to long term horizon.”

Latin America has lost some of its luster in recent years as growth has declined. In October, the International Monetary Fund cut its growth forecast for Latin America and the Caribbean to 1.3 percent for 2014 – the second lowest growth rate in 12 years – and 2.2 percent for 2015.

“A sharper slowdown in China remains a key risk for commodity exporters in Latin America and the Caribbean,” Alejandro Werner, director of the IMF’s Western Hemisphere Department, said in a statement.

The region’s largest economy, Brazil, has helped drive the decline. A central bank survey on Feb. 23 projected Brazil’s economy would shrink 0.5 percent this year, while annual inflation was projected to increase, according to Reuters.

The Wall Street Journal reported on the central bank projections and said Brazil could suffer two consecutive years of contraction for the first time since the Great Depression.

Still, private equity fundraising seemed unaffected by the bleak macro picture in the region. Brazil funds captured $5.56 billion of the fundraising pool last year, LAVCA said. Mexico took in $1.33 billion across six funds backed by local pensions there – a 27 percent increase from the prior year.

Another interesting aspect of last year’s market was the exit environment. A total of $4.6 billion was generated through 60 partial or full exits in the region, a 24 percent increase over 2013, LAVCA said. Sales to strategic buyers dominated exits last year, with 46 sales generating $3.75 billion, according to the report.

The amount of money invested last year decreased by 11 percent, however, with $7.87 billion flowing into 306 transactions. The number of deals jumped by 31 percent from the prior year, driven by more venture capital transactions, LAVCA said. Venture investors deployed $525.6 million across 186 transactions last year, the report said.