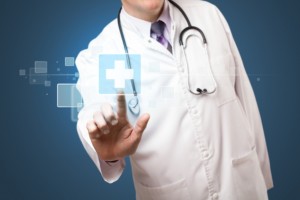 Galen Partners, which hasn’t raised a fund since 2007, expects to be out in the market later this year for its sixth pool, sources said.

Stamford, Connecticut-based Galen has been in talks with LPs regarding Fund VI, sources said. Galen Partners VI will have a $250 million target, one of the sources said. That’s the same amount as Galen’s fifth pool, which is generating a 4.84 percent net IRR as of Sept. 30, according to performance data from the Public Employee Retirement System of Idaho. Idaho PERS’ commitment is over 90 percent drawn down as of that date, according to peHUB calculations.

Galen announced that Fund V closed in June 2007; the pool has yet to post any realizations. Galen has been “very prudent” in deploying capital since 2008, said David Jahns, a managing partner, when asked about the lack of exits. “The focus now is to achieve realizations and provide evidence of our return profile that Galen V will achieve,” said Jahns.

One healthcare banker said M&A in the sector has been down since 2009. Private equity deal volume plunged as much as 65 percent in 2013, peHUB has reported. “The healthcare M&A market, until the last few months, hasn’t been all that great outside of biotech IPOs,” the banker said. “The rest of the market has been pretty lean.”

Founded in 1990, Galen is a growth investor that does both late stage venture and growth equity investments, Jahns said. (Galen calls itself both a private equity firm and a growth equity, late stage VC on its website.) The firm targets sectors such as healthcare technology-enabled services, medical devices and specialty pharmaceuticals. Galen typically invests from $10 million to $30 million growth equity per deal, according to the firm website.

Galen is working on exits, Jahns said. The firm is in talks with strategics to sell two companies, Jahns said. Quotient Biodiagnostics Holdings, a Galen portfolio company, also filed this month for an IPO that could raise as much as $75 million.

The firm has taken pains to protect its investors from changes in healthcare, Jahns said. The firm sold all companies that were exposed to direct reimbursements. “The healthcare environment will see reduced reimbursements for care,” Jahns said.

Galen will need to show some exits to attract LPs to its next vehicle, according to a Galen investor. In addition to Idaho PERS, prior LPs have reportedly included Siemens Venture Capital, GE Equity, HarbourVest Partners and Daimler Chrysler. “If a manager has a realization or two right around the corner, you’d be surprised how quickly fortunes can change,” the person said. Jahns declined further comment.

Galen has raised nearly $1 billion with five funds. The firm’s fourth pool closed at $250 million in 2003, while Fund III collected $256 million in 1998, according to Preqin data. It’s unclear how much Galen raised with its first two funds.

(Correction: The headline of this story incorrectly said that Galen Partners had delayed raising its new fund for seven years.)