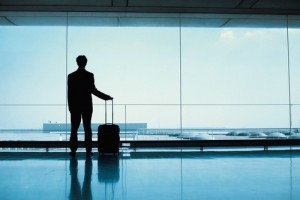 Chris Meyn, who led the private equity team at Gávea Investimentos, has stepped down months after the firm closed its fifth fund on about $1.1 billion.

Meyn confirmed his departure to Buyouts and said he left to spend time with his family and plan out his next move. He will likely stay in the investing world, he said.

“I will do something on my own,” Meyn said, describing the departure as amicable. A source said Gávea Partner Amaury Bier will lead the private equity group going forward, but that could not be confirmed. A Gávea spokesman did not comment beyond saying Meyn’s departure did not trigger a key-man provision in the latest fund.

Meyn joined Gávea in 2005, when he launched the firm’s private equity practice with a few other people. The first fund raised about $220 million, with about $350 million of spending power including co-investments.

“It was fun, like a total startup,” he said.

Prior to Gávea, Meyn spent time as a consultant to alternative investment managers, and from 1997 to 2002 he worked as managing director and investment committee member for Latinvest Asset Management and its U.S.-based parent, Globalvest Management Co, according to his biography in Privcap.

Former Brazilian Central Bank President Arminio Fraga and Luiz Henrique Fraga formed Gávea in 2003, according to the firm’s website. J.P. Morgan bought a stake in Gávea in 2010 and over time acquired the rest of the firm. The bank is in the process of selling the firm back to management, a source said.

Meyn said his decision was not related to the change of control.

Gávea’s private equity strategy is known for a hybrid approach that targets investments in public companies. The most recent fund has a three-year investment period and is already close to a year in, according to a source with knowledge of the firm.

Gávea closed its Gávea Investment Fund V last year on around $1.1 billion, less than the $1.9 billion the firm raised for its fourth fund in 2011. The firm also raised $1.2 billion for its third fund, a 2008 vintage. Fund III generated a 6.61 percent internal rate of return and a 1.31x multiple as of March 31, according to performance data from Bison.