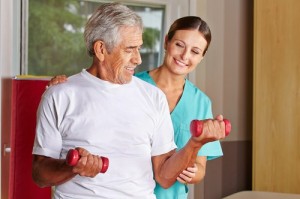 Gemoscan Canada Inc., a Toronto-based company focused on food sensitivity and dietary management, has made an offer to acquire Physiomed Kennedy Inc., which operates a paramedical clinic in Toronto, Ontario. Financing of the transaction will be facilitated by Canadian merchant banking firm NorthStar Bancorp., which agreed in March to provide the company with up to $10 million of debt financing for strategic acquisitions of retail health care providers.

TORONTO, July 15, 2013 (GLOBE NEWSWIRE) — Gemoscan Canada, Inc. (“Gemoscan” or the “Corporation”) – (TSX-V: GES) (MUN: 1GE) wishes to announce that it has made an offer to acquire a 100% interest in Physiomed Kennedy Inc. (“PKI”), which operates a paramedical clinic in Toronto, Ontario (the “Acquisition”). The purchase price has been negotiated on the basis of a multiple of PKI’s normalized earnings before interest, tax, depreciation and amortization (“EBITDA”) as at April 30, 2013 and is subject to adjustment based on results as of April 30, 2014. The consideration is to be paid as to 43.75% cash, 37.5% pursuant to a debenture issued to the vendor (the “VTB”) and 18.75% in shares of Gemoscan priced upon the closing of the Acquisition. The VTB shall bear interest at the rate of 8% per annum and shall have a term of 24 months from the closing of the Acquisition. Interest shall be paid monthly but no principal payments are required until the due date.

Completion of the Acquisition is conditional on completion of financing, the negotiation of a definitive agreement between the parties and the receipt of all applicable regulatory approvals including the approval of the TSX Venture Exchange.

Through a combination of organic growth and strategic acquisitions Gemoscan is following through on its plans to emerge as a leading platform in the quickly emerging retail based health and wellness sector.

The acquisition of PKI will be one the stepping-stones intended to drive incremental sales and profitability for the Company. The acquisition of PKI and similar businesses in the future is expected to be immediately accretive to Gemoscan while presenting the Company with a captive distribution channel through which to sell its current core offerings.

Scott Wilson, a director of Gemoscan, owns 50% of PKI through a related company. As a result, the Acquisition is a related party transaction as such term is defined in Multilateral Instrument 61-101 – Protection of Minority Security Holders in Special Transactions (“MI 61-101”). The Acquisition is exempt from the valuation and minority shareholder approval requirements of MI 61-101 by reason of the exemptions contained in sections 5.5(a) and 5.7(1)(a) as the total consideration being received by Mr. Wilson does not exceed 25% of Gemoscan’s market capitalization.

The Corporation and NorthStar Bancorp Limited (“Northstar”) have executed a binding term sheet to provide up to $1,500,000 in secured convertible debentures (the “Debentures”). The Debentures would be provided further to the Corporation’s press release dated March 18, 2013 pursuant to which it announced it had entered into a financing facilitation agreement with Northstar, whereby Northstar would provide up to $10,000,000 in financing. The Debentures will bear interest at the rate of 10.75% per annum and will have a term of 2 years. Interest only shall be payable during the term with the principal due on the due date. The Debentures will be convertible in the first year at the greater of $0.20 and the 20 day average closing price less a 15% discount at the time a notice of conversion is given. In the second year, the minimum exercise price shall increase to $0.30. The Debentures will be secured against the assets of the Corporation and PKI upon the completion of the Acquisition. The use of proceeds for the Debentures shall be as follows: (i) to repay all outstanding secured debt of the Corporation; (ii) to fund the cash portion of the purchase price for the Acquisition; and (iii) for working capital. Phoenix Capital Partners Inc. (“Phoenix”) acted as the exclusive advisors for Gemoscan in arranging the Debenture financing.

The Debenture financing remains subject to the completion of formal agreements as well as the approval of the TSX Venture Exchange.

Gemoscan is an industry leader in food intolerance management and maintains a first-to-market position with Canada wide distribution through select retail partners. Founded in 2003, using its proprietary patented technology, Gemoscan develops, owns and markets comprehensive food sensitivity and dietary management solutions for consumers, including the HEMOCODE™ Food Intolerance System and the MenuWise™ Food Intolerance Plan, personalized naturopathically supervised nutritional programs that promote well-being. Gemoscan is the first and only provider to commercialize a food intolerance management solution directly to consumers in partnership with retailers, and today offers the most comprehensive services available.

NorthStar Bancorp Limited (‘NBL’) is a merchant banking firm based in Toronto. NBL seeks investments in companies positioned for substantial financial growth. Our objective is to create increased shareholder value in our portfolio companies through our ability to financially participate and facilitate their growth needs.