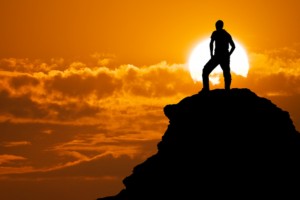 GenNx360 Capital Partners officially closed its second fund on more than $535 million, according to Carmen Rojas, investor relations manager at the firm.

GenNx360 Capital Partners II LP had been in the market targeting $600 million with a $750 million hard cap for about two years, according to Rojas and a filing with the U.S. Securities and Exchange Commission. The GP kicked in more than $18 million to Fund II, which officially closed on March 31, Rojas said. GenNx360 used Mercury Capital Advisors as a placement agent on the fundraising.

So far, Fund II has invested more than $100 million in three portfolio companies, including its announced investment in July in Tooling Technology Holdings, which makes tools and automation systems for vehicle part markers.

GenNx360 targets mid-market buyouts of companies generating revenues of $75 million to $500 million in industrial manufacturing, business-to-business and services industries, according to documents from the Connecticut Treasury’s Investment Advisory Committee. Denise Nappier, Connecticut’s state treasurer, authorized a commitment of up to $25 million to the fund in March.

GenNx360 closed its debut fund on $600 million in 2006. Fund I was generating a 14.4 percent internal rate of return and a 1.6x multiple as of Dec. 31, 2013, according to performance information from the California Public Employees’ Retirement System.

The firm is led by founders Ronald Blaylock, Arthur Harper, James Shepard and Lloyd Trotter, who are all managing partners. Harper, Shepard and Trotter were all long-time executives at General Electric Co, while Blaylock founded and managed the investment banking firm Blaylock & Company.

GenNx360 in April hired Glen Bushery as chief financial officer. Bushery joined the firm from Falconhead Capital, where he worked as CFO and chief compliance officer. Prior to Falconhead, Bushery had worked as controller at Vestar Capital Partners.