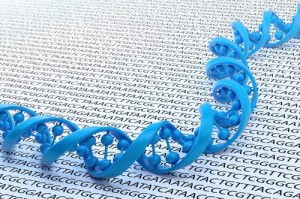 Genome Canada has, with the federal government, launched a new program for bringing genomics-based solutions originating in laboratories to market. The Genomic Applications Partnership Program has received a commitment of $30 million of what is an intended $90 million initiative funded by private and public partners. Together with its six regional Genome Centres and partners, Genome Canada invests in and manages large-scale R&D projects in a range of industries.

The Honourable Gary Goodyear, Minister of State (Science and Technology), announced the launch of a new Genome Canada program designed to move genomics-based solutions from laboratories to the marketplace. The Genomic Applications Partnership Program (GAPP) is also intended to stimulate investment from private and public partners to fund projects that address real world challenges and opportunities in the field of genomics.

“Our Government recognizes that genomics science is at the core of the economic activity of life sciences research,” said Minister Goodyear. “More than ever before, the field of genomics is equipping Canadian businesses with cutting-edge science and technologies that are not only helping to address the challenges we face but are also driving economic growth and creating high quality jobs.”

The GAPP is Genome Canada’s newest flagship partnership program that will increase collaboration between genomics scientists and “users” of genomics research (industry, government, non-profit or other organizations). The Harper Government, through Genome Canada, is committing $30 million to the program, and through regional Genome Centres, will leverage additional funding from partners and industry, rendering this a $90 million investment in made-in-Canada genomics research and development.

“The program was designed based on extensive consultation both with the genomics research community and the community of users of genomics research to ensure it was meeting clearly defined needs,” said Dr. Pierre Meulien, President and CEO of Genome Canada. “We expect the GAPP to result in early-stage products, tools and processes that will bring genomics research to application and market, thereby stimulating Canadian innovation.”

To further bolster Canada’s genomics research enterprise, Minister Goodyear also announced $29 million in renewed funding for five world-class genomics research facilities located across Canada. This funding renewal comes after a rigorous review of the Centres’ operations by an International Review Committee. The Science and Technology Innovation Centres provide access to genomic, proteomic, metabolomic and bioinformatics technologies not only for Genome Canada-funded projects, but also for the broader research community. In addition, the Centres assist scientists by advising on research study design and the appropriate technologies required to carry out their research proposals.

To help achieve important future genomics research breakthroughs, Economic Action Plan 2012 provided $60 million for Genome Canada to launch its new GAPP program, and to sustain the Science and Technology Centres until 2014-15. Of this total, $26 million is attributed to the GAPP, $29 million is provided to renew the operations of Genome Canada’s five Science and Technology Innovation Centres and $5 million to support Canadian leadership on two international consortia, the Structural Genomics Consortium and International Barcode of Life Consortium. An additional $4 million from Genome Canada’s ongoing budget will be allocated to the GAPP.

Since 2006, the Harper Government has provided more than $9 billion in new funding for initiatives to support science, technology and the growth of innovative firms. These investments have helped to foster a world-class research and innovation system. Economic Action Plan 2013 proposes to build on this strong foundation, helping to position Canada for sustainable, long-term prosperity and a higher quality of life for Canadians. Among other things, Economic Action Plan 2013 provides $165 million to further support Genome Canada’s multi-year strategic plan.

Further details related to this announcement are available on Genome Canada’s website at www.genomecanada.ca.