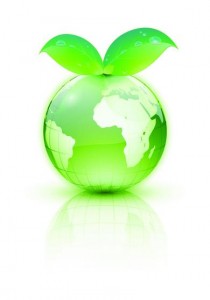 Germany is the home of clean technology in Europe according to the world’s venture capitalists. In a study by business consultants Deloitte and the US National Venture Capital Association, 43% of the almost 400 VC respondents named Germany as the second best country in the world, behind the US, in advancing the field of cleantech and life sciences.

Similarly, Germany also leads the way in Europe in the field of medical devices, with 39% citing the country as the leading nation outside of the US. The UK followed with a 20% share of the vote, and Israel came in third at 14%.

“Germany, and more broadly the Alpine region, has always been a home to invention in the medical device field with a strong incumbent industry base,” said Regina Hodits, partner at UK life sciences VC Atlas Venture, said. “Today, this region provides a favorable environment for medical device development based on the regulatory framework, a high degree of innovation emerging from world-class medical research institutions and experienced key human resources.”

In the area of biopharmaceuticals, it was the UK’s turn to take European centre stage, with 31% of respondents identifying the country as a sector leader, with Switzerland in second place on 18% and Germany at 15%.

Moving East, Japan was the leader behind the US for 27% of VCs in telecoms, and Israel racked up 16%.

Dixon Doll, co-founder and general partner of Silicon Valley firm DCM, said: ““The Japanese government was one of the first to recognize the value of developing and maintaining a pervasive, high-speed broadband infrastructure throughout the country, fueling significant innovation around the next generation of broadband applications.

“Today, we are seeing a new wave of entrepreneurship in the country as it relates to communications. Providers such as Yahoo!BB, who are aggressively innovating, are compelling the traditional broadband monopolies to do the same. The result is extremely healthy competition and can only mean more advancements in the Japanese telecommunications arena going forward.”

According to Thomson Reuters data, there have been 86 venture capital investments in Japan by US VCs since January 2003, with Intel Capital, Carlyle and DCM the top three investors.

There interest by European VCs in Japan has been more modest. Over the same time period, there have been just four deals: by Ratos in technology company Gadelius; Apax in Optware Corp; Wellingto Partners in online computer game search engine EastBeam, and CDC Entreprises in an undisclosed company.

According to the Deloitte/NVCA survey, Taiwan captured the number two spot behind the US in the semiconductor industry with 31% of the respondents recognizing the country as having the top technology in the world. Twenty six percent of venture capitalists named Japan as having top technology for semiconductors followed by China at 16%

In the software sector, 41% of the venture capitalists surveyed viewed India as having top technology, placing it second behind the US. India was followed distantly by the United

Kingdom (13%) and Israel (12%) as having strong technology in the software space.