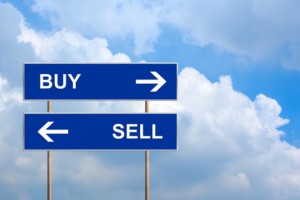 Investor support for large acquisitions and a desire to trump rivals in consolidating markets have led chief executives to strike big transactions so far in 2014, raising year-to-date global deal volumes to their highest level in seven years.

Corporate buyers did not shy away from going hostile if their targets proved unwilling to sell, while more U.S. companies rushed to buy overseas peers to lower tax rates and access cash held offshore in a practice known as inversion.

“Companies have strategic imperatives to do deals, they have the cash to do deals, and they can borrow additional cash at record-low rates,” said Frank Aquila, a mergers and acquisitions lawyer at Sullivan & Cromwell LLP. “It really is a bit of a perfect storm when it comes to dealmaking.”

Unlike the most recent heyday of dealmaking, which was back in 2007 when private equity used cheap money to load up companies with debt, this year’s merger boom is being led by cash-rich corporations with strong balance sheets, such as Pfizer Inc, Comcast Corp and General Electric Co.

“What is notable about the deal activity we have seen in the first half of the year is the blue-chip nature of the companies who are doing the acquiring. We have finally seen the return of the strategic acquirer,” said Gregg Lemkau, co-head of global mergers and acquisitions at Goldman Sachs Group.

Year-to-date global deal volume as of June 26 surged to $1.75 trillion, up 75 percent from the year-ago period, according to Thomson Reuters data. That was the highest level since 2007, when deal volume reached $2.28 trillion.

This year’s increase came despite the number of global deals dropping slightly to 17,698 from 17,820 the year before.

Thirty-eight unsolicited or hostile bids, worth more than $150 billion, were launched in the first six months of the year, compared with 19 such deals worth $8 billion in the same period last year.

Pfizer made an abortive $118 billion bid for AstraZeneca Plc, Valeant Pharmaceuticals International Inc is trying to buy Botox maker Allergan Inc for more than $50 billion, and AbbVie Inc plans to appeal to Shire Plc’s shareholders after an unsolicited $46 billion bid was rebuffed.

“With both the target and acquirer’s stock generally up after deals are announced, buyers see value creation and tend to be more aggressive even if targets are not willing to sell,” said Ravi Sinha, executive vice chairman of global corporate and investment banking at Bank of America Merrill Lynch.

More CEOs and boards are willing to pull the trigger on transactions that have been contemplated for a while, with a view that financing conditions are at their peak and unlikely to improve, said Marc-Anthony Hourihan, co-head of Americas M&A at UBS AG.

Risk-taking has been generally rewarded by investors, at a time when low cost of capital means buyers can obtain immediate boosts to their earnings from those deals.

Nearly 70 percent of announcements of U.S. acquisitions worth $1 billion or more in the first half were followed by gains in the stock prices of the buyers, up from 60 percent in the same period last year and compared with a seven-year average of 55 percent, Thomson Reuters data showed.

“In the early stages of an M&A wave, the returns to acquirers tend to be positive, but as the M&A wave matures, the returns turn negative as people get overconfident,” said Bob Bruner, dean of the University of Virginia’s Darden Graduate School of Business Administration and author of the book “Deals from Hell.”

“It would seem that we are still at the early stage of the wave,” he said.

With stock markets at record-high levels, the average premium buyers paid over target companies’ four-week stock prices was 24.8 percent so far this year, down from 28.1 percent in the same period last year and 30.3 percent in 2012.

But on an earnings before interest, tax, depreciation and amortization (EBITDA) basis, valuations climbed.

Buyers on average paid targets 13 times EBITDA in the first half of the year, compared with 11.8 times in the same period last year. That was the highest level since 2008, according to Thomson Reuters data.

“Many boards are being forced to think about whether their traditional return on invested capital thresholds remain appropriate in an environment where the cost of capital is so low,” he added.

The red-hot equity markets and rising deal valuations also forced buyout firms to the sidelines, with private equity-backed leveraged buyouts declining 9 percent to $120.3 billion so far this year, representing 7 percent of the M&A market. Private equity firms, however, took advantage of the M&A boom to sell more of their companies for top-dollar amounts.

“It’s a great debt market but the issue for private equity is that it has inability to do highly levered transactions, compared to the leverage levels in 2006 and 2007, given the federal limitations,” UBS’s Hourihan said.

Goldman Sachs was the top M&A adviser worldwide, with $623 billion worth of deals so far this year. Morgan Stanley, Bank of America Merrill Lynch, Citigroup Inc and JPMorgan Chase & Co rounded out the top five.

Inversions by U.S. companies, which allow them to be domiciled in countries that have a lower corporate tax rate, have moved center-stage in the healthcare sector, which was the busiest industry for dealmaking this year.

Such transactions also helped boost cross-border M&A volume, which surged 132 percent so far this year to account for 39 percent of global activity.

Pfizer’s bid for AstraZeneca, as well as AbbVie’s takeover offer for Shire, would also enable these companies to cut their tax bills by moving to a country with a lower corporate tax rate while also allowing them to access the cash held offshore without paying U.S. taxes.

Even excluding Pfizer’s AstraZeneca bid which has been put on hold for now, healthcare deals more than tripled to $317.4 billion so far this year, representing 18.2 percent of total deal volume, Thomson Reuters data shows.

Some companies that are still without a foreign domicile are now trying to catch up with rivals that have already gone offshore and taken advantage of their more favorable tax status to strike even more deals.

“I think you will continue to see inversion transactions being contemplated. This is particularly relevant to the Healthcare and TMT sectors, where you have a lot of cash trapped offshore,” Goldman’s Lemkau said.

Gary Posternack, head of Americas mergers and acquisitions at Barclays Plc, added that while there are a large number of U.S. companies interested in exploring inversions, finding the right partner at the right valuation can be a challenge.

“The limiting factor for inversions will likely be the ability of U.S. companies to find attractive and willing partners,” he said.

The second-busiest sector for dealmaking this year was media and entertainment, which had deal volumes nearly triple to $220.7 billion on the back of two mega-mergers: Comcast Corp’s $45.2 billion bid for rival Time Warner Cable and AT&T Inc’s proposed acquisition of DirecTV for $48.5 billion.

The broader telecom sector is likely to get another boost in the near future as Sprint Corp and T-Mobile US Inc are in advanced talks about a deal that would combine the third- and fourth-largest U.S. wireless operators.

“The tone in the boardroom has changed from one that was doubtful about strategic M&A activity to one that is questioning the status quo,” Posternack said.

“With all of the recent deal activity and the positive associated market reaction, the question now being asked is why are we not acting on the logical transactions?”