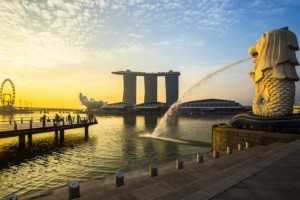 Singapore’s GIC is taking the unusual step of investing directly in unlisted firms, a move bankers say will be mimicked by other sovereign wealth funds as low yields spur fund managers to adopt a more hands-on attitude in their search for higher returns.

In the first half of this year, GIC agreed to pay up to $310 million for minority stakes in two unlisted Philippine companies: food producer Century Canning Corp and hospital group Metro Pacific Investment Corp.

While the investments in the Southeast Asian archipelago nation formed just a tiny sliver of GIC’s estimated $30 billion private equity portfolio, they marked a departure from GIC’s approach of putting money in a private equity fund that would then invest on its behalf, or co-investing with a buyout firm.

“These were sourced completely on their own – there were no investment banks involved in the deal,” said Jacqueline Chan, a partner at law firm Milbank, Tweed, Hadley & McCloy, advisor of GIC on the two Philippine investments.

The deals represent a shift in strategy as the world’s eighth-biggest state fund, chaired by Singapore’s prime minister, transforms itself into an active private equity player. Bankers say the approach will likely be followed by other sovereign wealth funds, which are increasing their investments in alternative asset classes such as private equity as they struggle to eke out returns in more traditional stocks, bonds and real estate.

Private equity investments by sovereign funds like GIC would naturally intrude into the domain of buyout firms. Bankers say sovereign funds are still keen to co-invest with buyout firms where it suits them, but in those cases, they are becoming increasingly reluctant to be a passive “limited partner”.

“They are no longer interested in just being the LP in fund No.4,” said Patrick Thomson, the London-based head of sovereign clients at JPMorgan.

Last month, GIC was back at it again, ploughing $100 million into Taiwanese music streaming service KKBOX, billed as Asia’s answer to Spotify.

Chris Lin, KKBOX’s co-founder, said he first met with GIC’s investment team over a year ago. The team won his attention with their ability to open doors for his firm.

GIC can help us “to connect with Southeast Asian carriers, business financial institutions, any possible business alliance – they can make a referral,” Lin told Reuters on Tuesday.

He was also impressed by the team’s depth of knowledge.

“The GIC executive responsible for our deal had more insight into the Internet industry than most investors I’ve encountered,” Lin said. “We didn’t really have to explain our model or strategy too much.”

The approach is part of a broader, long-term strategy as GIC forms partnerships with small companies in anticipation of higher returns down the road, bankers say. Sovereign wealth funds have deep pockets, so they would be ready to weather any near-term volatility, they add.

“They encourage us to have long-term thinking,” Lin said, reflecting on KKBOX’s talks with GIC.

The new investment approach is overseen by veteran GIC executive Lim Kee Chong, who heads the new “integrated strategies” unit, people familiar with the matter said. The unit analyses opportunities in both public and private companies.

Lim runs his team out of New York, leveraging on the expertise of a growing band of investment teams on the ground in the likes of Sao Paulo, Seoul, Mumbai, Beijing, London and San Francisco.

GIC said in early August that around 9 percent of its portfolio was in private equity as of March 2014. Sovereign Wealth Fund Institute estimates that GIC manages a total of $320 billion in assets.

Private equity has established a track record of outperforming other asset classes. The U.S. private equity index compiled by advisory firm Cambridge Associates LLC shows an net internal rate of return of 13.7 percent in the 10 years through Sept. 30, 2012, versus an 8 percent return by the S&P 500 Index.

PricewaterhouseCoopers, in a study in June, said that for co-investments with private equity firms, sovereign wealth funds typically pay half of the usual fees.

They would usually pay a management fee equivalent of 1 percent of the committed capital to a fund set up by the private equity firm, and then up to 10 percent in performance fees, depending on the rate of return.

Direct investments also give GIC more control over how a deal is structured and greater influence over a company’s management.

GIC says it can also get the first pick of certain investment opportunities, ahead of other interested investors, if it goes direct, given its reputation for “patient” capital and ability to invest in multiple asset classes.

“To be able to do that requires us having established teams which have the research capabilities, ability to structure transactions,” Lim Chow Kiat, GIC’s chief investment officer, told Reuters in July.

“It’s something that we would indeed want to continue to do, step up when there are opportunities.”

One risk that sovereign funds face to a greater extent than other private equity investors is headline risk – political ramifications for a poor investment, bankers say.

China Investment Corp faced criticism at home for its $3 billion investment in U.S. private equity firm Blackstone, after the 2008 financial crisis caused the value of its investment to sharply decline.

GIC and Singapore’s other sovereign investor Temasek Holdings have had their own share of pain after losing money on Western banks.

GIC’s 20-year annualised real rate of return was 4.1 percent as of March 2014. In comparison, the Norwegian sovereign fund has returned an average of 3.75 percent a year since it was set up in its current form in 1998.

(By Saeed Azhar and Rachel Armstrong. Additional reporting by Michael Gold in TAIPEI and Stephen Aldred in HONG KONG; Editing by Ryan Woo)