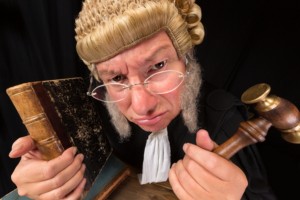 Goldman Sachs Group Inc (GS.N) will pay $67 million and Bain Capital Partners LLC will pay $54 million to settle their portions of a lawsuit accusing several big private equity firms of conspiring not to outbid each other in takeovers.

The preliminary settlement with former shareholders of companies acquired in leveraged buyouts from 2003 to 2007 was disclosed in papers filed on Wednesday in Boston federal court, and requires approval by U.S. District Judge William Young.

The December 2007 lawsuit, which has shined a light on how Wall Street operates behind the scenes, accused private equity firms of running an “overarching” conspiracy not to outbid, or “jump,” each other after transactions were announced.

Goldman was a defendant because of buyouts involving its private equity arm.

“The plaintiffs saw an LBO market that was not working competitively, and shareholders were not receiving competitive prices,” said Christopher Burke, a partner at Scott & Scott representing the plaintiffs, in an interview.

He added: “It is harder to settle multi-defendant lawsuits in one fell swoop, and this may portend breaking the logjam.”

Goldman spokeswoman Andrea Raphael said the bank is pleased to settle. Bain spokesman Ernesto Anguilla in a statement said it was best to “put this matter behind us in light of the costs and distraction of six years of litigation.”

Blackstone and Carlyle declined to comment. A KKR spokeswoman said the lawsuit lacks merit. A TPG spokesman said that firm disputes the allegations and expects to prevail at a trial. Silver Lake did not respond to a request for comment.

The lawsuit originally accused the defendants and other firms of conspiring to deflate prices in 27 buyouts worth about a quarter-trillion dollars.

Another federal judge in March 2013 found a lack of evidence for that claim, and narrowed focus to jumping.

Much of the case was has been built on emails.

In one, Blackstone President Hamilton “Tony” James emailed KKR co-founder George Roberts that he would “much rather work with you guys than against you,” and that “in opposition we can cost each other a lot of money.”

The plaintiffs’ lawyers may seek fees of up to 27.5 percent of the settlement funds, plus up to $10 million for costs.

Goldman and Bain agreed to help the plaintiffs authenticate documents that could be used at trial.