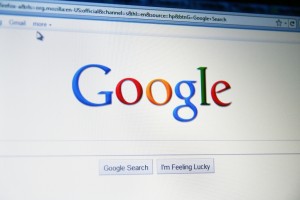 (Reuters) – Google Inc is finalizing a deal to acquire online mapping company Waze for $1.3 billion, according to a source familiar with the matter.

The deal is expected to be announced this week, though it was unlikely to occur on Monday, another source told Reuters.

“Negotiations are nearly final. There are a couple of details being worked out,” the second source said. The source described the remaining details as “logistics” rather than significant sticking points.

The deal with Google comes after discussions between Waze and social networking company Facebook Inc fell apart last month, according to a report in the technology blog AllThingsDigital. Waze was unwilling to relocate its Israeli-based engineering team to Facebook’s U.S. headquarters, according to the report.

Maps and navigation services have become a key asset for technology companies as consumers increasingly adopt smartphones and other mobile devices. Waze uses satellite signals from members’ smartphones to generate maps and traffic data, which it then shares with other users, offering real-time traffic info.

Google’s existing maps service is among the most popular, which could raise antitrust issues for the deal.

The 4-year-old Waze, which has 47 million users, has raised $67 million in funding to date from firms including Kleiner Perkins Caufield & Byers, Blue Run Ventures and semiconductor company Qualcomm Inc.

Waze began looking to raise additional funding toward the end of last year, according to a third source close to the company. As the fund raising process got underway, Waze received interest from several companies about an acquisition, and it switched gears to focus its efforts on an acquisition, the source said.

There had been media reports earlier this year that Apple Inc was in talks to acquire Waze. News of the deal with Google was first reported by Israeli financial newspaper Globes on Sunday.

Waze Chief Executive Noam Bardin and a small staff now operate out of their U.S. headquarters in Palo Alto, California, while about 90 employees are based in home country Israel.