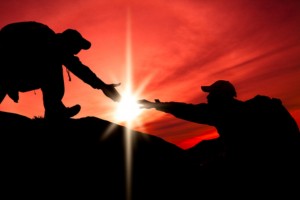 GSO Capital Partners, the debt investing affiliate of The Blackstone Group, increased the size of its second “rescue financing” fund to account for the large opportunity in the market to help companies facing various types of distress.

GSO had been frequently encountering companies in need of commitments between $400 million and $500 million and more, amounts too large for the capacity of the team’s first Capital Solutions fund, according to Beth Chartoff, senior managing director and head of marketing and client relationships at GSO.

“We found that Fund I at $3.25 billion was undercapitalized relative to the size of opportunities that we were seeing,” Chartoff told peHUB. “Increasing the size of the fund allows us to more comfortably commit capital and uniquely positions GSO as one of a few firms that can provide companies in the U.S. and Europe with large commitments to solve their balance sheet and liquidity challenges.”

Fund II took about a year to raise, which was faster than the firm expected, Chartoff said.

There has been “strong demand for the strategy for a few reasons, including the current income aspect of the investments, in which investors periodically collect interest payments, and the ‘equity-like returns’ in investments structured with strong downside protection,” Chartoff said. “In most cases, LPs view this strategy as a strong diversification tool within their private equity portfolios.”

Fund II has made its first investment in Europe, though GSO declined to disclose details of the transaction. GSO had to wait to fully deploy the debut fund, which like many credit-related vehicles had recycling provisions, before it could begin investing Fund II, according to Chartoff.

GSO was formed by Bennett Goodman, Tripp Smith and Doug Ostrover in 2005. Blackstone acquired the firm in 2008 for almost $1 billion.