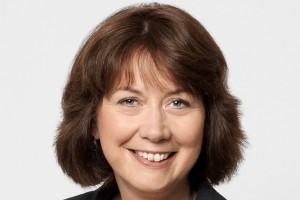 Capital Dynamics Vice President Anne Pearce sat down with Managing Director Angela Willetts for a wide-ranging interview about the current state of the private equity industry, including limited partner issues, the rise of minority investments and the IPO market in Europe:

Q: There seems to be a trend towards PE managers taking more minority stakes. Why do you think this is happening?

A: It comes down to influence. A private equity manager may not have control but can build terms into contracts in order to have the influence they want – so-called ‘tag and drag’ rights. It would be more dangerous if the manager of the company could determine the exit – a private equity manager wouldn’t want that but, if you build in shareholder rights, then it’s less of a concern.

There may be more minority positions now but there aren’t fewer control positions so that’s not the reason. Maybe it gives the management team more comfort but they still have to give up some rights – especially those around exit. Perhaps you can, however, create a deal that wouldn’t have happened otherwise. What you want to avoid are difficulties around control where the investment is doing well but CEOs don’t want to exit.

Q: Some big names in the middle market have notably shelved fundraising, but fewer large firms failed to reach their targets in the end, even if it took longer than expected. Why?

A: Some of the larger buyout firms have taken time – one took 2.5 years – but they also have larger investors like U.S. state pension funds, sovereign wealth funds and the like with very large ticket sizes who can’t commit to middle-market funds due to the size of their ticket. Large investors have to find large funds to commit to. There are smaller ticket sizes in the middle market and there’s more choice – investors can pick and choose.

Q: European IPOs are down by half from the 2001-2010 period compared to the roughly 10 years before. Is this a problem? Are things picking up? Why are the IPO markets more limited?

A: We just don’t see that many IPOs in Europe. We see more trade sales, financial buyers, tertiary buyouts and the like. Managers are getting exits. In one example, a company was bought first by Advent then by Carlyle and more recently by HgCapital in succession. It’s possible that it’s also because the IPO market is more fragmented, more costly due to regulation – but managers have found other ways to exit. The U.K. and Europe have seen strong exit activity – it would be even better if we could have more IPOs but it’s not holding back private equity exits in Europe.

Q: Is the quick fundraising cycle, with so many oversubscribed funds, fueling something of a “false demand” cycle? Are investors asking for more than they want because they know they will get cut back?

A: Possibly, but it’s a dangerous game to play. Would an investor be happy if they got twice as much as they actually wanted? Quite a few are playing and trying to second guess fundraises. Smaller investors are getting cut out entirely – there’s just no room.

Q: There seems to be a trend towards giving up transaction and monitoring fees. How widespread do you think this will become? What do you think about the recent “golden rule” article/speech by the outgoing SEC chairman? Do you worry that some managers will lose incentive, and will PE be as attractive for them or will they try to make it up somewhere else?

A: There has certainly been a focus on expenses in the U.K. Local government pension funds are now looking at total expenses of their PE portfolio, funds-of-funds and direct funds, and will be required to disclose this in their annual accounts. They’re looking at all charges, including those from operating partners, carry, etc. There’s lots of scrutiny across the industry and it’s coming from the investors themselves, not just the regulators. It’s a little dangerous. While you shouldn’t pay more than you need to, you also have to look at the net return and value for money. The principle is that the manager shouldn’t be getting rich on management fees and costs. Their profit should come from incentive [carry].

Dutch investors have been at the forefront of this and one even has a rule that they won’t pay more than a certain annual percentage figure in fees. This is punitive and would discount a whole series of brand names and top-quality managers.

Using carry as an incentive instead of fees aligns interest between manager and investor. Disclosure is good as long as it doesn’t go too far – you have to get the manager incentivized by carry, not fees, but don’t go too far on reducing fees.

Operating and advisory partners often fall outside of the management fee charged to funds. It is justifiable to carve out certain functions and services, as in the case of operating partners who are industry experts and who have actually grown companies versus the more typical M&A, finance and consulting services of a PE manager. Managers will use them as needed instead of having them on the payroll, charging them – when needed – to portfolio companies.

Q: What are some trends or other concerns you are following?

A: Expenses are very topical. A total expense ratio takes account of all expenses including carry. So, for example, 2014 costs could be double 2013 costs and that looks a little strange but it’s because values have gone up and managers have taken out more carry. The increase is actually happening for a good reason. It could, however, put more pressure on fees and costs.

ESG awareness is becoming much more prevalent. It has always been at the forefront in the Nordic countries and they’re driving it, but it’s coming to the U.K. as well. Good governance should feed better performance. ESG compliant managers perform or should perform better. Investor engagement should lead to better performance.