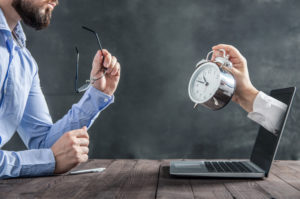 How’s your week? I’ve been at an offsite this week for management training, learning about different personality types and constructive ways of dealing with conflict (among other things). ‘Constructive’ being the key word …

H.I.G. closed its third growth fund on $970 million in 2018 to make investments in growth and structured equity in small-cap companies in North America. Check it out here on PE Hub.

MoonSail Capital, formed by a veteran of Pharos Capital in 2017, invested alongside Plenary Partners in Chicago Eye Institute and Arbor Centers for EyeCare, creating a platform called Ocular Partners, a physician-led eye care group in the Chicago area.
Chris Albanis, president of Arbor Centers, will be founding CEO of Ocular Partners and Osvaldo Lopez, co-founder of Chicago Eye Institute, will become chairman of the new company. Read the news brief here on PE Hub.

Women-led: Kate Castle was named partner at women-led VC firm Victress Capital. Castle worked at Victress as a consultant since last summer. Earlier in her career, she worked as director of marketing at Battery Ventures. She also co-founded and worked as operating partner at XFactor Ventures and worked in marketing partner roles at Rethink VC and Flybridge Capital Partners.

Victress was formed in 2015 by Managing Partners Lori Cashman and Suzanne Norris. The firm invests in women-led businesses in the consumer sector. Its portfolio so far includes investments in Daily Harvest, Alyce, Summersalt and Copper Cow Coffee. Read more.

Big one: Reporter Justin ‘Gentle Giant’ Mitchell unearthed official information on Thoma Bravo’s new funds. The firm is out in market with all its funds, including its 14th flagship fund, which is targeting $14 billion. Thoma also is raising its third middle-market Discover fund, targeting $3 billion, and its debut small-cap fund called Explore, targeting $1 billion. Read it here on Buyouts.

Top Scoops
Unrelenting pressure to hold down costs and demand for better drugs have made pharma services a critical market for dealmakers. Competition is stiff and is expected to grow even more intense, writes Larry Aragon and Sarah Pringle on PE Hub. Read more.

As if Softbank’s Vision Fund isn’t getting enough bad press recently over investment losses, here’s a bizarre story about charges of internal backstabbing and jealousy. The executive leading the fund, Rajeev Misra, is being accused of running a smear campaign against internal rivals at Softbank to secure the top role for himself on the fund. Internal investigations cleared Misra, but after this report came out in the Wall Street Journal, Softbank said it would look into the allegations. Misra has denied the allegations.

One of the rivals Misra allegedly targeted was Alok Sama, who was questioning Misra’s decision to use leverage on the Vision Fund. Read it here.