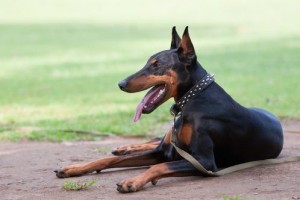 Desmond Hague, the Centerplate CEO caught on tape kicking a dog in his care, has resigned amid a public outcry, according to a statement from the company’s board.

Olympus Partners, which acquired Centerplate in October 2012, also took heat from the incident. Partners for the Stamford, Conn.-based PE firm received calls and threats to their homes, a source said.

Hague, who reportedly said he was “ashamed and deeply embarrassed by the incident,” is donating $100,000 toward the establishment of the Sade Foundation (Sade is the name of the dog he kicked). He also intends to perform 1,000 hours of community service for an organization that protects animals, peHUB has reported. We were unable to reach Hague for comment.

Joe O’Donnell, chairman of Centerplate’s board of directors, apologized in the statement for the “distress” the situation caused so many. “We want to reiterate that we do not condone nor would we ever overlook the abuse of animals,” O’Donnell said.

Verros has been Centerplate’s COO since 2010. He was previously EVP of Boston Culinary Group.

News of Hague’s resignation comes after a video showed the former CEO kicking a cowering Doberman puppy in a hotel elevator. Centerplate last week censured Hague and put him on indefinite probation. The actions were not enough to stem criticism over the incident. There were numerous calls to fire Hague, as well as campaigns to boycott Centerplate, which provides catering services at sports and entertainment venues.

Hague has also received several death threats, and Centerplate has had to increase its security, a source said.

On Friday, one caller to Centerplate’s South Carolina plant outlined the actions they would take against backer Olympus Partners. “Des Hague needs to be fired,” according to a copy of the voicemail obtained by peHUB. “We are beginning a campaign against Olympus Partners. We will be focusing directly on their CEO…Mr. Morris. (Robert S. Morris is a managing partner at the firm.) We will contact them at their place of work and at their homes. We will talk to their neighbors and their children. Des Hague needs to be fired immediately.”

Olympus Partners could not immediately be reached for comment on the threats.

Centerplate board censures CEO who reportedly abused dog in his care

Opinions vary on what to do with misbehaving execs