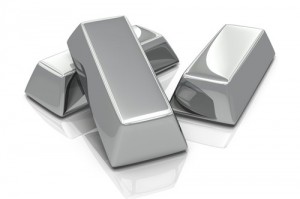 New York-based private equity firm Hale Capital Partners, which focuses in part on investments in mining development and commercial production, has increased its stake in United Silver Corp. of Vancouver, British Columbia. In addition to a 2012 transaction totaling C$6.3 million, Hale has acquired additional securities convertible into shares in the company. United Silver has interests and operations in the Crescent Silver Mine project in Idaho’s Silver Belt.

NEW YORK CITY, Feb. 5, 2013 /CNW/ – In connection with the previously announced closing of the financing transaction with United Silver Corp. (the “Company”) pursuant to which a wholly owned subsidiary of Hale Capital Partners (“Hale”) acquired a convertible note (“Convertible Note”) in the principal amount of Cdn $6,332,760 (being the Canadian equivalent of US$6,300,000, based on the Bank of Canada noon rate on January 31, 2012) and 5,040,000 common share purchase warrants (the “Warrants”), the Company has elected to pay its interest payments in kind which adds an additional Cdn $534,566 to the outstanding principal amount of the Convertible Note, which additional amount Hale is entitled to convert at any time into an additional 2,456,391 common shares (“Common Shares”) of the Company, subject to TSX approval as indicated below.

Pursuant to the terms of the Convertible Note, the Company has the right to elect to pay (provided that the Company has satisfied certain conditions set out in the Convertible Note) any quarterly interest payment by adding the amount of such accrued and unpaid interest to the principal amount of the Convertible Note then outstanding (“PIK Interest”). Hale has the right at any time to convert any or all of the PIK Interest into Common Shares of the Company. The conversion price with respect to PIK Interest will be an amount equal to the “market price” (as defined in the Toronto Stock Exchange Manual) on the applicable interest payment date, subject to the approval of the Toronto Stock Exchange in each instance.

If the principal amount of the Convertible Note (including the PIK Interest Amount) is fully converted and all of the Warrants are exercised, Hale would hold 20,096,391 or 21.1% of the total number of issued and outstanding Common Shares of the Company.

Hale has filed an early warning report on SEDAR. A copy of the report may be obtained by contacting Jordan Jasser at (212) 751.8802.

Hale may or may not purchase or sell securities of the Company in the future on the open market or in private transactions, depending on market conditions and other factors material to Hale’s investment decisions and reserves the right to dispose of any or all of its securities in the open market or otherwise, at any time and from time to time and to engage in hedging or similar transactions with respect to the securities.