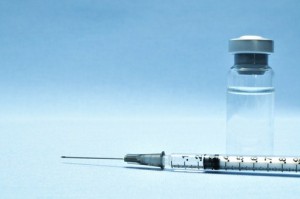 Halifax, Nova Scotia, based Immunovaccine Inc., a clinical stage vaccine developer, has obtained a secured loan of $5 million from the provincial government. The debt financing will be used to fund a portion of working capital for clinical development through 2016. Founded in 2007, Immunovaccine has in the past received private placements from various sources, including the Atlantic Canada Opportunities Agency.

HALIFAX, NOVA SCOTIA–(Marketwired – Aug. 2, 2013) – Immunovaccine Inc. (“Immunovaccine” or “IMV”) (TSX VENTURE:IMV), a clinical stage vaccine company, has obtained a loan of $5 million from the Province of Nova Scotia, to be used to fund a portion of working capital through 2016. The secured loan is interest bearing and repayable in 2018.

Immunovaccine currently has several vaccine programs in development, including two clinical stage cancer vaccines which have both demonstrated positive immune response and safety results in human studies. The company announced in July that it will collaborate with Canada’s NCIC Clinical Trials Group to conduct a Phase II study of its lead cancer vaccine, DPX-Survivac, in patients with advanced ovarian cancer. The trial is a randomized, blinded, placebo-controlled study with DPX-Survivac in combination with low dose oral cyclophosphamide as an immune modulator. Approximately 250 patients with ovarian cancer will be enrolled at an estimated 20 clinical centers. The trial, expected to begin in 2014, will assess whether the vaccine can delay or prevent the recurrence of ovarian cancer.

DPX-Survivac will also be evaluated in a Phase II trial in glioblastoma (brain cancer) patients starting early next year. Immunovaccine’s second clinical stage cancer vaccine, DPX-0907, is expected to begin a Phase I/II study in breast and ovarian cancer patients during the fourth quarter of 2013.

“We’re grateful for the support of the government of Nova Scotia at this critical moment in our development,” said John Trizzino, chief executive of the company. “Medical science is on the threshold of turning cancer into a chronic long term illness that can be treated, and our company is at the forefront of that revolutionary change.”

Immunovaccine has built a broad pipeline of vaccine product candidates based on its novel DepoVax(TM) adjuvanting platform, a patented agent that makes vaccines become more effective more quickly, reach higher levels of protection and last longer. In addition to its clinical stage cancer vaccines, the company is leveraging DepoVax(TM) for the development of vaccines against anthrax and respiratory syncytial virus (RSV), among other targets. Immunovaccine is also active in the area of animal health vaccines, having established key partnerships in the sector with leaders such as Zoetis (formerly Pfizer Animal Health).

DPX-Survivac consists of survivin-based peptide antigens formulated in the DepoVax(TM) adjuvanting platform. Survivin has been recognized by the US National Cancer Institute (NCI) as a promising tumor-associated antigen (TAA) because of its therapeutic potential and its cancer specificity. Survivin is broadly over-expressed in multiple cancer types in addition to ovarian cancer, including breast, colon and lung cancers. Survivin plays an essential role in antagonizing apoptosis, supporting tumor-associated angiogenesis, and promoting resistance to various anti-cancer therapies. Survivin is also a prognostic factor for many cancers and it is found in a higher percentage of tumors than other TAAs.

The DPX-Survivac vaccine is thought to work by eliciting a cytotoxic T-cell immune response against cells presenting survivin peptides on HLA class I molecules. This targeted therapy attempts to use the immune system to actively and specifically search for and destroy tumor cells. Survivin-specific T cells have been shown to target and kill survivin-expressing cancer cells while sparing normal cells.

DepoVax(TM) is a patented formulation that provides controlled and prolonged exposure of antigens plus adjuvant to the immune system, resulting in a strong, specific and sustained immune response with the capability for single-dose effectiveness. The DepoVax(TM) platform possesses impressive flexibility, allowing it to work with a broad range of target antigens in various therapeutic applications. The technology is also commercially scalable, with potential for years of stability and ease of use in the clinic.

Immunovaccine Inc. applies its novel adjuvanting platform to the development of vaccines for cancer therapy, infectious diseases and animal health. The Company’s DepoVax(TM) platform is a patented formulation that provides controlled and prolonged exposure of antigens plus adjuvant to the immune system. Immunovaccine has advanced two DepoVax(TM) -based cancer vaccines into Phase I human clinical trials. The Company is also advancing a broad infectious diseases pipeline including vaccines in such indications as malaria, respiratory syncytial virus (RSV) and anthrax. In addition to the Company’s human health vaccine strategy, it continues to capture value from animal health vaccine applications. Immunovaccine has key partnerships in the animal health sector including an agreement with Zoetis (formerly Pfizer Animal Health). Connect at www.imvaccine.com.