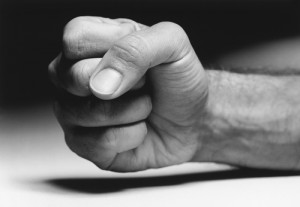 In the presentation, dated Oct. 18 and prepared for the Fresno County Employees Retirement Association, Bala Cynwyd, Pa.-based adviser Hamilton Lane, which has some $24 billion in discretionary assets under management, goes through examples of original terms offered, and improved terms negotiated on behalf of its investors, in six recent limited partnerships. All six are part of the seventh portfolio in the adviser’s family of diversified, commingled funds of funds, Hamilton Lane Private Equity Fund VII LP, a $262 million pooled deployed as of June 1 in 24 vintage 2009-2012 funds. An executive at Hamilton Lane declined to comment on the negotiations or the individual terms.

The “projected economic benefits” to Fund VII investors, according to Hamilton Lane? An estimated $124,372, assuming a fund size of $1.25 billion and a $5 million commitment to the buyout fund, among other assumptions.

The manager of a growth equity fund, meantime, proposed charging Hamilton Lane an annual management fee of 1.25 percent of invested capital after the investment period or the formation of a subsequent fund. On behalf of Fund VII and other clients participating in the first closing Hamilton Lane got that fee reduced to 1 percent. The estimated economic benefits to Fund VII LPs, assuming Hamilton Lane investments of $15 million: $79,500. The size of the fund is not disclosed in the presentation.

Hamilton Lane also negotiated a lower carried interest on what it described as a “distressed turnaround fund.” The turnaround firm originally proposed the industry-standard 20 percent. The adviser knocked that down to 16.5 percent for its clients, a rate also made available to other “anchor investors,” according to the presentation. Hamilton Lane estimated economic benefits of $100,000 to Fund VII investors assuming a commitment of £7 million ($11.3 million) and a 1.6x gross multiple achieved by the fund (whose size was not disclosed).

And what fees does Hamilton Lane charge its own investors? Part of the presentation to Fresno County Employees Retirement System, an investor in Fund VI, represents a pitch for Fund VIII, which has a target size of $400 million. Here are some of the key proposed terms:

Those are fairly LP-friendly terms for a fund of funds, especially for investors making big commitments. It’s yet more evidence that Hamilton Lane understands the value of size at the negotiating table.