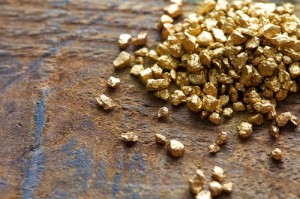 The acquisition of Val-d’Or, Québec-based Aurizon Mines Ltd. by Hecla Mining Co. has been completed at a final consideration of $514 million and 56,997,790 shares of Hecla’s common stock. Hecla has offices in Coeur d’Alene, Idaho, and Vancouver. Aurizon, a gold producer focused on projects in Québec, was earlier targeted for takeover by Alamos Gold Inc. The company’s prior investors include the Fonds de solidarité des travailleurs du Québec FTQ.

COEUR D’ALENE, Idaho — (BUSINESS WIRE) — Jun. 3, 2013 — Hecla Mining Company (NYSE:HL) announced today that its acquisition of Aurizon Mines Ltd. is complete. The acquisition brings to Hecla the Casa Berardi mine, which is located in Quebec, Canada, and is expected to produce 125,000 to 130,000 ounces of gold in 2013. With the ongoing shaft deepening project and planned future open pit development, the mine is expected to operate for more than a decade. The acquisition also brings several exploration and pre-development projects located in Quebec that could potentially generate future production growth.

“The Aurizon assets, together with Hecla’s strong base of producing silver mines, create a unique precious metals company, with three long-life, high-grade, low-cost operations, all in mining-friendly North American jurisdictions,” said Phillips S. Baker, Jr., Hecla’s President and Chief Executive Officer. “Importantly, we expect to generate significantly higher precious metals production, more cash flow and have a larger reserve base that will continue to grow from exploration of our very large land positions that are near existing operations.”

“We welcome the Aurizon shareholders and employees to Hecla, and look forward to building this new, exciting company together,” Mr. Baker added.

Under the terms of the transaction, which is similar to a merger with a Hecla subsidiary under U.S. law, Hecla acquired all of the outstanding common shares of Aurizon for total consideration of approximately CAD$514 million and 56,997,790 shares of Hecla common stock. With completion of the acquisition, Aurizon shares are expected to be delisted from the Toronto Stock Exchange with effect from the close of trading on June 5, 2013, and the NYSE MKT is expected to suspend trading in Aurizon shares prior to the opening of the market today.

Hecla Mining Company (NYSE:HL) is a leading low-cost U.S. silver producer with operating mines in Alaska and Idaho, and is a growing gold producer with an operating mine in Quebec, Canada. The Company also has exploration and pre-development properties in five world-class silver and gold mining districts in the U.S., Canada, and Mexico, and an exploration office and investments in early-stage silver exploration projects in Canada.

Statements made which are not historical facts, such as anticipated payments, litigation outcome (including settlement negotiations), production, sales of assets, exploration results and plans, costs, and prices or sales performance are “forward-looking statements” within the meaning of the Private Securities Litigation Reform Act of 1995. Words such as “may”, “will”, “should”, “expects”, “intends”, “projects”, “believes”, “estimates”, “targets”, “anticipates” and similar expressions are used to identify these forward-looking statements. Forward-looking statements involve a number of risks and uncertainties that could cause actual results to differ materially from those projected, anticipated, expected or implied. These risks and uncertainties include, but are not limited to, metals price volatility, volatility of metals production and costs, litigation, regulatory and environmental risks, operating risks, project development risks, political risks, labor issues, ability to raise financing and exploration risks and results. Refer to the company’s Form 10-K and 10-Q reports for a more detailed discussion of factors that may impact expected future results. The company undertakes no obligation and has no intention of updating forward-looking statements other than as may be required by law.