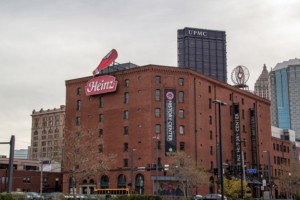 The entanglement of H.J. Heinz Co. in China’s latest food scare highlights a key concern for international and local firms – how to keep track of ingredients from diverse sources in a country where food supply tracing technologies are far from the norm.

The U.S. food maker apologised to Chinese consumers last week and said it would tighten controls over suppliers after it was forced to recall some infant cereal from store shelves due to excess levels of lead.

But barcode tracking systems for produce, common in the United States and Europe, are largely absent.

“Standardized traceability of food products does not currently exist in China. It’s a long way from it,” said David Mahon, Beijing-based managing director of an investment firm focusing on China’s food and beverage sectors.

China’s food traceability systems and regulation were classified as “poor” in an August report from the Institute of Food Technologists. This was the lowest score of around 20 countries included.

Food safety barcodes store details such as the farm of origin, dates of harvest, planting, storage and shipment, meaning clients down the line can trace a particular batch and find out how and why any issues occurred.

Some firms have tried to bring the system into wider use in China – French grocer Carrefour SA launched a barcoding system last year for fruit and vegetables – but the technology has failed to catch on due to the high costs of implementation throughout scattered supply chains.

Heinz said it had identified the supplier and ingredient – a skimmed soybean powder – responsible for the recall of four batches of its AD Calcium Hi-Protein Cereal from stores in eastern China, but added the firm needed to do more to keep suppliers in check.

“We will keep improving traceable food safety control systems from ‘farm to factory’,” Heinz said in a statement posted on its Chinese website.

Heinz, which was bought out by Warren Buffett’s Berkshire Hathaway Inc and private equity firm 3G Capital last year, did not respond to requests for further comment.

Consumers in China are highly sensitive to issues of food safety, especially with baby products, after powdered milk tainted with the industrial chemical melamine led to the deaths of at least six infants in 2008.

China has soaring levels of soil and water pollution, with seven out of the top 10 farming provinces amongst the areas most exposed to heavy metal pollution such as lead, according to a March report from HSBC.

Major firms, including fast food chains McDonald’s and Burger King Worldwide Inc, said they had put in place stringent testing and auditing procedures in China to avoid issues such as contamination from water and soil pollution.

“We have rigorous and overlapping internal and external testing procedures and audits to ensure that our suppliers in China, and around the world, meet our strict specifications,” said Vijay Guyah, a Singapore-based spokesman for Burger King.

Agricultural supply chains in China tend to be highly fragmented with most farms still small-scale.

Even with stringent auditing processes of suppliers – which multinational firms such as Heinz would carry out – it’s difficult to keep track of all suppliers along the line, some of whom may be tempted to subcontract to cut costs.

What’s more, while China’s regulators have tight food safety rules, industry insiders said the watchdogs simply did not have the manpower to properly enforce them.

“It’s not that the technology doesn’t exist in China, it’s just the chains are too fragmented,” said an industry executive in China, who previously ran a food processing plant serving multinational firms in China and abroad.

The former executive said that one batch of frozen vegetables that his firm shipped to the Japanese market had become contaminated by chemicals after an audited, long-term supplier topped up its harvest from a neighbouring farm.

“When supply chains are so large, you can’t always prevent a supplier buying from someone else if someone else has a cheaper price,” the former executive said. “It’s a matter of one guy doing things wrong and the product is contaminated.”