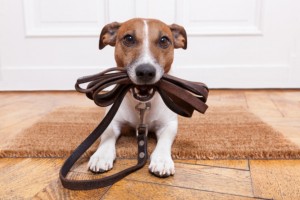 This is Karishma Vanjani with your latest PE deal updates, filling in for Chris, who’s probably fishing while reading a great spy novel. In the wee small hours of this morning, two US PE firms announced high value deals – both with German companies.

Zooplus, one of the largest online pet supplies retailers in Europe, announced a $3.5 billion takeover from US private equity firm Hellman & Friedman.

Quickly following the news, EQT Private Equity said it will sell cybersecurity platform Utimaco to asset manager SGT Capital in a deal valued at $500 million, as reported by Bloomberg.

In the case of H&F, the firm will focus on evolving Zooplus’ position in the European pet category, as the category witnesses rising customer expectations as well as an increasingly competitive landscape.

Given Zooplus’ strong share price development over the last 12 months, the offer price is also 34 percent above its all-time closing high, the press release states.
US buyout firm H&F has dabbled a lot in Europe. In 2018, it led a take-private transaction of Nets, the leading payments processing utility for the Scandinavian region.

The deal activity can be attributed to the increase in pet ownership alongside underlying trends like the upscaling of pet food and supplies.

Read the Reuters pickup brief about the deal on PE Hub.

The firm bought the company in 2016 and has since then executived five add-ons in the US, UK, Spain, and Germany and tripled its revenues, according to EQT’s press release on PE Hub.

Headquartered in Aachen, Germany, and Campbell, California, US, Ultimaco is expected to generate more than $117 million for the fiscal year of 2022
Founded in 1983, Utimaco has been developing hardware-based, high-security appliances and compliance solutions for telecommunication provider regulations.

Just yesterday, Warburg Pincus announced its investment in a provider of cybersecurity and compliance solution, A-LIGN.

Another notable cybersecurity deal this month was by Audax Private Equity in Team Cymru.

That’s it for today! Have a great weekend, and as always, write to me at karishma.v@peimedia.com with any feedback, tips, gossip or just to say hello.