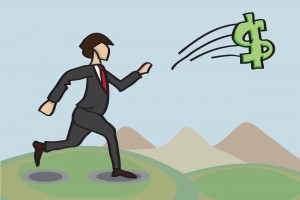 The top 35 most sought-after U.S. LBO funds on the secondary market as of the second quarter priced at an average of 97.3 percent of net asset value, according to fresh analysis from intermediary Setter Capital.

That is 8 percent higher than funds that are outside of the top 35 list, Setter found.

For those top 35 funds, the average number of buyers is 48, compared to five for funds outside of that group, Setter said. Firms in the top 35 have raised an average of eight funds, Setter said.

The funds in the top 35 have peformed better than those outside the group, with an average internal rate of return of 19 percent to date compared to an average IRR of 14 percent for the others, Setter said.

Setter’s ranking is based largely on buyer demand for specific funds, though other factors come into play. Funds are given Setter’s Liquidity Rating, a relative measure of funds’ salability and buyer demand. The most liquid funds receive a rating of Excellent, Very Good, or Good, while all other funds are labeled Unrated.

Setter also tracked how each firm moved up or down the list since last year. For example, Apollo moved up to the No. 2 spot from its previous rank of No. 12, while Hellman & Friedman dropped from No. 2 to No. 6.

“It’s all about demand ebbs and flows,” said Peter McGrath, managing director at Setter. “One thing that influences a fund’s ranking is how much supply there has been on the market. The more times a fund is sold, the more buyers become acquainted with it and price it out. Buyers usually target funds they desire and funds they just priced.”

It’s not always about performance, McGrath said. Some strong-performing funds, like Onex Partners, don’t rank as high or make the cut. “Maybe they’re quite desirable funds, but it’s harder to accurately measure the demand if no one wants to sell them.” McGrath said.

For the complete list, go here: The 35 Most Sought-After US Large-LBO Managers on the Secondary Market