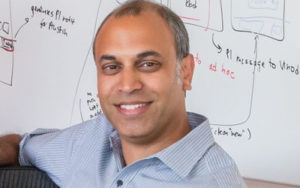 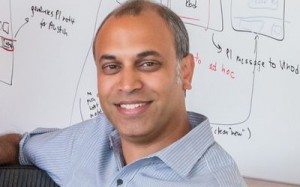 Homebrew, a San Francisco early stage firm founded by a pair of former Google and Twitter product managers, is announcing its launch today, after closing on $35 million for its first fund, Homebrew Ventures I.

The firm, founded by Hunter Walk, a former Google and YouTube product manager, and Satya Patel, a veteran of Twitter, Google and Battery Ventures, will make initial investments of $200,000 to $800,000 in seed-stage companies.

Partners will focus on what they call the “bottom-up economy” – a moniker essentially for the idea that small startup teams can leverage technology to disrupt companies 10 to 100 times their size. Homebrew has not disclosed any portfolio company investments yet, but Patel says they are focusing primarily on startups in the San Francisco Bay area and, to a lesser extent, New York City.

Patel says it took about three-and-a-half months to close the fund, with about 90% of capital coming from four institutional limited partners, including two funds-of-funds, one university endowment and one foundation. The rest came from individuals, principally in Silicon Valley. Patel declined to give the names of limited partners, though he did note that there is plenty of competition for their attention, observing: “There are a lot of groups out trying to raise new funds … So it’s very busy out there.”

He attributes LPs’ willingness to back the fund to three factors: the experience of its partners, their ability to provide significant operational expertise and support to portfolio companies, and their focus on the “bottom up” economy. “The combination of those things we think was a differentiating strategy in the marketplace,” Patel says.