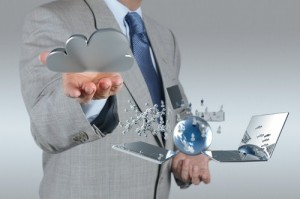 NOVACAP is pleased to announce the acquisition of US-based Host.net, a leading provider of network infrastructure services focusing on colocation, cloud computing, virtualization and storage. This transaction will allow Host.net to continue its growth and expansion. For NOVACAP, one of Canada’s leading private equity firms, this transaction also represents the next step in the path of expanding its successful investment strategy to the United States.

Host.net is a leader in colocation and network infrastructure services provider in South Florida with over 700 customers ranging from small to large multinationals. “The transaction will allow Host.net to continue to lead the industry, to grow to the next stage by adding more data centers, and to expand their portfolio of services to remain the industry’s benchmark,” said Ted Mocarski, Senior Advisor at NOVACAP.

NOVACAP contributes over 15 years of seasoned experience in data centers and cloud computing and working with entrepreneurs to help Host.net in its expansion. “We are delighted to be working with NOVACAP, whose insight and investment will definitely benefit Host.net’s growth strategy. Their experience in the industry will bring focus to the strategic steps needed in order to grow the company,” declared Mr. Davis, Co-Founder & Chief Executive Officer of Host.net.

“We are extremely proud to have reached an agreement with Host.net’s senior management team and the company’s founder, Jeffrey Davis, thus allowing us to purchase a business that is dominant in its market. The company’s dynamic team, significant presence in the market and untapped opportunities for colocation and cloud services make Host.net an ideal partner,” mentioned Pascal Tremblay, President of NOVACAP Technologies.

Host.net’s management team will remain in place and will be supported by newly appointed board members. “With this new acquisition, NOVACAP wishes to show its confidence in Mr. Davis’ team, ” said Mr. Tremblay.

NOVACAP will leverage the experience it has acquired in Canada in this first international transaction.

For NOVACAP, this transaction is the stepping stone for its expansion in the United States. “It is part of a plan to increase our presence in the United States, and this agreement shows that we are a serious player in the market,” declared Mr. Tremblay. “Our expansion will benefit our portfolio of companies, and will help us find additional opportunities throughout North America and in international markets.”

With $790 million in assets under management, NOVACAP is one of Canada’s leading private equity firms. Since 1981, its distinct partnership approach based on operational expertise has helped companies accelerate their growth and maximize their value. NOVACAP ranks among the top private equity firms in North America. For more information, please consult: www.novacap.ca .

Host.net is a multinational provider of managed infrastructure services focusing on colocation, cloud computing and storage, along with network transport and transit for enterprise organizations. The company operates multiple enterprise-class data centers connected to an extensive fiber-optic backbone delivering Internet, MPLS and layer 2 communications using a wide array of last-mile options. It serves customers in most major metropolitan regions of North America as well as portions of Europe. Founded in 1996, Host.net is headquartered in Boca Raton, FL. Further information about Host.net is available at http://www.host.net .