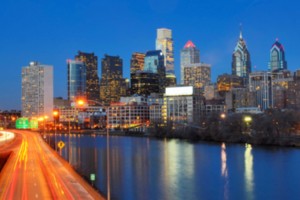 Six months ago the U.S. oil industry scored a surprise win against farm groups when the Obama administration proposed slashing the amount of ethanol refiners must blend into gasoline, a move that could save them billions of dollars.

Stunned by the reversal, producers of the corn-based biofuel and their supporters are now fighting back ahead of a June deadline for the Environmental Protection Agency (EPA) to make a final decision on the cut.

The clash has been portrayed as a battle between “Big Oil” and “Big Corn,” two powerful and deep-pocketed lobbies. But a Reuters review of public records and interviews with lawmakers, lobbyists and executives reveals a more complex picture.

A private equity firm and an airline helped convince the Obama administration to backtrack, at least temporarily, on a policy it has supported for years: requiring steadily-rising volumes of ethanol to be blended into gasoline each year, a key to shifting U.S. energy consumption toward renewable sources.

The ethanol industry, blindsided by the proposed cut, has said it was orchestrated by “Big Oil.” However, some of the most effective players in the fight weren’t traditional oil majors but rather The Carlyle Group and Delta Air Lines, owners of two Philadelphia-area refiners.

Together with their allies, the refiners helped convince policymakers that the rising mandates would cripple their businesses and threaten thousands of jobs.

For key White House officials including Gene Sperling, President Barack Obama’s top economic adviser at the time, the pitch was familiar: a year earlier, many of the same players had worked with him to rescue Philadelphia refineries from closure, saving jobs and keeping a lid on East Coast gas prices.

In one exchange last July, Philadelphia Congressman Robert Brady contacted Vice President Joe Biden on behalf of Carlyle, which bought two struggling refineries in his district in 2012. They had been on the brink of closure due to lower margins then; now they were threatened by biofuel mandates, whose cost eclipses the salaries of all refinery workers combined.

“I talked to the vice president and I told him what the issue was, and he said, ‘we’ve got to try to fix that,'” Brady said in an interview. “And we fixed it.”

It is impossible to say how much impact any one group or company had on the decision to reduce the mandates. Carlyle and Delta acknowledged contacting lawmakers and regulators but declined to comment on specific meetings.

The EPA said it consulted with stakeholders and other arms of the federal government but made the final decision itself.

Still, the efforts of this informal coalition help explain how an industry with few open allies in Washington was able to prevail – at least temporarily – over the once-invincible farm lobby, which has seen its sway diminish.

“For thirty years, you would have lost a lot of money betting against ethanol, which usually wins,” said Bob McNally, an energy consultant and former White House energy advisor under President George W. Bush. “This time was different.”

At its core, the fight is about who should bear the cost of blending increasing volumes of biofuels like ethanol into fuel supplies under a 2007 law supported by both the Bush and Obama administrations: the Renewable Fuel Standard, or RFS.

Refiners say the law, which mandates more biofuels to be blended into petroleum-based fuels through 2022, is an untenable burden as gasoline demand shrinks. Biofuel groups say the volumes required by the law should be met.

Dan Utech, a senior energy adviser to Obama, said in an interview that the administration “heard loudly and repeatedly” from both sides. “Our goal was to try to balance objectives and get the policy right,” he said.

Tom Buis, CEO of Growth Energy, one of Washington’s top two ethanol groups, pins the proposed cut on the oil industry’s heavy spending and an aggressive “misinformation” campaign about the ethanol mandates’ impact on gasoline prices.

Refiners spent at least $81 million on lobbying last year, nearly triple that of biofuel producers, according to a Reuters analysis of data from the Center for Responsive Politics. The data does not itemize spending on specific issues like the RFS.

Farm state legislators also lobbied the White House on behalf of their backyard interests. But the response, some say, was more tepid: “Everywhere along the line it was a little bit like ‘well, yup, I hear ya,'” said Minnesota Senator Al Franken. The resulting cuts were thus “completely puzzling,” he said.

WHITE HOUSE TO THE RESCUE

As oil and biofuel groups vied for the White House’s attention, the Philadelphia refiners had an advantage, the White House was already familiar with their issues.

In 2011, the East Coast refining industry was on the brink of extinction. Sunoco Inc. was exiting the business and threatening to shut its massive 330,000 barrels-per-day (bpd) refining complex in Philadelphia – the Point Breeze and Girard Point refineries – if it couldn’t find a buyer.

Enter Brady, a nine-term congressman with deep ties to the city’s labor unions. Loath to lose 850 jobs in his district, he got in contact with Sperling to help save the refineries. Once Sunoco identified Carlyle as a potential buyer, the White House helped expedite environmental approval for the transaction, a person close to the deal said.

Brian MacDonald, who headed Sunoco at the time, said Brady has a reputation for getting things done: “When he calls down to the White House, they pay attention to what he’s saying.”

Meanwhile, Delta Air Lines was approaching neighboring Pennsylvania Congressman Patrick Meehan about buying another refinery located in his district, the 185,000 bpd Trainer plant in suburban Philadelphia. It too was slated for closure.

By fall 2012 the deals were done, saving more than 1,200 jobs and averting a possible gasoline price spike just ahead of the election, which Obama won.

FOR WANT OF A RIN

But by early 2013 those refineries and others like them were once again in trouble, this time because of an obscure market for RINs, or Renewable Identification Numbers.

Created by the EPA in 2007 to enforce its mandates, the credits are 38-digit serial numbers used to identify each gallon of U.S. biofuels. Refiners collect RINs to show compliance.

Suddenly they were in short supply. Refiners began to hoard RINs amid fears the rising mandates would force them to blend gasoline with more than 10 percent ethanol, exceeding the level most car makers’ warranties and gas stations allow.

That meant refiners without adequate blending facilities saw their RIN costs surge. In 2013, the industry’s tab more than tripled to at least $1.35 billion, disclosures show.

“The economic consequences are crushing,” said Philip Rinaldi, chief executive of the Carlyle-owned refinery, in a statement.

The credits surged from about a nickel each in December 2012 to a high of $1.05 on March 11, 2013. The next day, executives from Carlyle and its Philadelphia refiner met with White House economic adviser Ronald Minsk, visitor logs show.

Later that month, Meehan went back to work on behalf of Delta, hand-delivering a letter to Sperling urging the president’s help in taming RIN prices. He also raised the issue with White House Chief of Staff Denis McDonough.

“They were aware of the issue and they themselves were trying to work through the component pieces to see if there was a solution,” Meehan said. Thanks to the 2012 refinery rescue, “it wasn’t new territory,” he said.

Other refiners joined the chorus. On June 26, a dozen industry representatives from companies including PBF Energy and Phillips 66 met with Sperling, visitor logs show. People familiar with the meeting say refining executives discussed an October 2012 study sponsored by the oil industry warning the U.S. economy would fall into a “death spiral” unless the biofuel blending mandates were reduced.

Asked about White House meetings, Utech said: “With everybody that comes in, we take seriously concerns that they raise and we look skeptically at claims that they make.”

On July 18, RINs, painfully, rose further to $1.45. Within days, David Marchick, a Carlyle executive who had worked with Brady on the 2012 refinery deal, contacted the congressman’s office seeking help, according to a Brady aide.

Brady’s first phone call was to Biden, who hails from Delaware – another state that had fought in 2010 to save local refinery jobs from a shutdown.

“We did all this work and now we’re going to lose this thing?” Brady said of the conversation. He said Biden agreed. Biden’s office declined to comment on the exchange.

Asked about his role, Sperling described himself as a “canary in the coal mine” on the issue, flagging it at meetings with senior Obama advisers. Broader decisions about it involved many voices within the administration, he said.

“We were very committed to the growth of biofuels, but when RIN prices go up from a few cents to as high as $1.45 in a period of months, that is a degree of potential disruption and volatility that you have to take seriously,” Sperling said.

Meetings intensified in July and August, when 17 refiners and their allies visited the White House’s rulemaking arm, the Office of Management and Budget (OMB) to discuss the RFS. Only six biofuel supporters visited the OMB over the same time.

Biofuel groups eventually stepped up their efforts, but only after an October leak of an EPA proposal showed the agency was already planning to cut the corn ethanol mandate to about 13 billion gallons, 1.4 billion less than what was called for in the law. In November, the EPA formally proposed the cut, along with reductions to other biofuels.

Biofuel supporters are now trying to make up lost ground.

Hearings also have resumed on Capitol Hill, where on April 8 the latest topic was job creation and savings at the gas pump thanks to Washington’s biofuel mandates. Many policy analysts now believe when the EPA finalizes its blending rules in June, the cuts will not be as deep as proposed in November.

“I think that the final rule will be slightly less severe,” said Divya Reddy, energy analyst at Eurasia Group.

Biofuels supporters have said they are also willing to go to court, if needed, to defend the RFS from the cuts. But for now, the groups are busy knocking on White House doors again.

“We’re trying to reach out to White House folks that have heard from the refiners — but haven’t heard from us,” said a biofuel trade group representative.