PE Hub
Home Opinion Social Media: How Private Equity Funds Are, Should Be Using It
Return to search
Scoops & Analysis 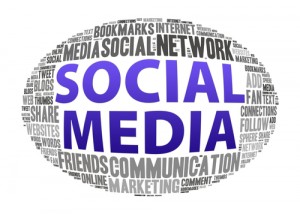 Can professional investors use social media?  Or, is social media strictly for teenagers and staying in touch with your friends?

Historically, institutional investors kept their investing strategies and their activities very discreet. Today, however, some are aggressively employing social media tools to discuss their strategies, deals in the pipeline, and even their political views and sporting accomplishments.

According to Jeff Bussgang, general partner at Flybridge Capital Partners, about 10-15% of the 1,000 active venture capitalists in the U.S. blog. Fewer private equity funds are using social media for outreach, but 2xPartners, Healthpoint Capital, and MCM Capital Partners are notable exceptions.  Many investors remain ambivalent about social media because the advantages of using it are not always apparent, while the detractions can be very clear.

Private equity investing is a relationship business. As more of our personal relationships move online, social media becomes a very cost-effective way to strengthen a firm’s corporate relationships. Robert Bruner, dean of the Darden School of Business, observed in an interview that social media is particularly important in origination because of the significance of “weak ties” in identifying investment opportunities. In addition, he predicted that the rise in importance of online networks will make the most credible players even stronger. I suggest the reason for that is: As people consider doing business with others that they know primarily online, a known brand becomes a significant expediter of a potential transaction.

In 2010, I published the first-ever study of best practices in deal origination.  We found that some of the best-performing investors are benefiting from openly discussing their investment theses; doing so increases their perceived expertise and trustworthiness, and thus generates qualified dealflow. Our research indicates that for these social media-savvy funds, their visibility to investors and potential portfolio companies more than makes up for whatever competitive edge they lose by giving outsiders insight into their activities.

Social media is valuable for more than just origination. One of the core assets of a fund is its corporate network.  Investors can tap this network for executive talent, followon financings, and eventually an exit. For example, many VCs, including First Round Capital and my firm, ff Venture Capital, have made their websites hubs for job-seekers, because their portfolio companies by definition are growth firms constantly in need of the best talent.

Moreover, some investors use social media specifically to reach out to companies flashing relevant “deal signals” in order to filter the universe of companies. These investors are exploiting the wealth of information about private companies available online, increasingly leaked via social media.  For example, an increase in internet traffic is usually a sign of customer traction. A family-run company that hires an outside CEO is flashing a signal that the firm may welcome an outside investor.  I’m also the Chairman of Navon Partners, a startup with some technology designed to source new transactions based on these signals.

Given how much data PE firms can gather about other investors and companies through social media, It is understandable that they are wary of making too much of their own information available through those channels. Although Fred Wilson of Union Square Ventures is arguably the single most successful VC blogger, even he has his reservations: “Our entire firm was pretty public about our interest in Foursquare.  The Foursquare financing was among the most competitive early round financings I’ve seen in a long time…There are many people in the investment business that believe you have to play your cards close to your vest or you’ll get burned. And I understand that approach. And there was certainly a few times during this transaction when I regretted how public we were with our interest in Foursquare.”

We’ve chosen one PE and one VC as case studies of how social media is being used by institutional private company investors:

MCM Capital is a lower-middle-market private equity fund based in Ohio with over $125 million under management.  MCM has implemented Facebook, LinkedIn, Twitter, an RSS feed, and a blog on its website. It also sends out a monthly newsletter to over 6,000 investment bankers, lenders, intermediaries, and current and potential LPs. The blog is instrumental in building their brand through a highly targeted search engine optimization campaign: MCM has identified search terms for which it ranks in the top 100 and is incorporating keywords in order to improve the ranking further. MCM uses the blog to articulate its investment theses to the investment banking community and to become a value added resource for entrepreneurs. Additionally, MCM uses the blog to place new contacts into its CRM (Microsoft Dynamics).

Since the inception of MCM’s social media efforts, overall traffic to the site has increased 13% on average each month.  Referral traffic (traffic coming from other websites, including their blog, LinkedIn, Facebook, and email newsletter) increased 119% over the three preceding months. A visitor’s average time on the site had increased from 1:32 to 3:17 minutes. 16% of visitors came from the blog or social networking sites.

ff Venture Capital where I’m a partner is a New York-based VC focused on investing in seed and Series A-level companies. Since 1999, its partners have made over 160 investments in over 55 companies.  In addition to a blog, ffVC operates accounts on Facebook, Twitter, and LinkedIn.  It actively uses its blog, Facebook, and Twitter to promote portfolio companies and post value-added content.  Facebook allows for branding and recruiting targeted towards young entrepreneurs and college students; Twitter reaches a more general audience. Our blog uses Livefyre (a portfolio company) for comment moderation to increase user engagement.  The portfolio executives use online community platform Kohort (portfolio company) to connect and learn from one another, and many use TheResumator (portfolio company) for social media-enabled recruiting. ffVC uses Slideshare to embed on its websites presentations its partners have delivered, many of which use beautiful images from 500px (portfolio company) to heighten their impact.  The firm’s partners also have strong individual social media presences, with Partners John Frankel and myself, David Teten, having Klout (portfolio company) scores of 70 and 56 respectively.

ffVC’s social media campaign is still in its nascent stages, but the results thus far have been promising. Site traffic increased by 6.5% in August and September 2012 over the two preceding months. 11% of site referrals now come directly from Facebook and Twitter, according to site analytics from Parsely, another one of our portfolio companies