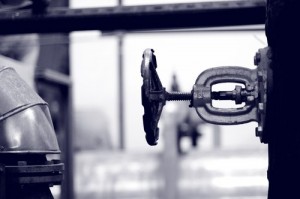 Toronto-based Gale Force Petroleum Inc., a company which acquires and exploits undervalued oil and gas reserves in mature basins, has received a message of concern from its backer Iroquois Capital Opportunity (ICO) Fund, an oil and gas-focused private equity firm based in New York. Due to the company’s “severe underperformance” IOC Fund has urged discussions of “significant” changes to Gale’s management and board. IOC Fund invested in Gale Force in 2011.

NEW YORK, April 25, 2013 /CNW/ – Iroquois Capital Opportunity Fund LP and Iroquois Master Fund Ltd., who, together with certain of their affiliates (“Iroquois”), collectively represent one of the largest common shareholdings of Gale Force Petroleum Inc. (“Gale Force”) (TSXV: GFP) (OTCQX: GFPMF) with current ownership of approximately 7.6% of Gale Force’s outstanding common shares, today announced the delivery of a letter to the Gale Force Board of Directors (the “Board”), the full text of which is included below.

In today’s letter to the Board, Iroquois outlines its serious concerns regarding the Company’s abysmal underperformance under the stewardship of the current Board and management, including the severe mismanagement of Gale Force’s otherwise valuable assets. Iroquois further questions in the letter the Board’s lack of relevant oil and gas experience, as well as management’s lack of a vested interest in the Company, and calls on the Board to immediately engage with Iroquois to discuss significant changes to the Company’s management and Board composition.

The full text of the letter to the Board follows:

Dear Members of the Gale Force Petroleum Inc. Board of Directors:

Iroquois Capital Opportunity Fund LP, Iroquois Master Fund Ltd., Scot Cohen and Joshua Silverman (collectively, “Iroquois”) are significant shareholders of Gale Force Petroleum Inc. (“Gale Force” or the “Company”) with aggregate ownership of approximately 4,885,000 of Gale Force’s common shares, or approximately 7.6% of the Company’s outstanding common shares. Over the course of our investment, we have conducted an exhaustive analysis of the Company based on our review of publicly available information, discussions with industry consultants, executives, competitors, fellow shareholders and the management of the Company. We believe that Gale Force is deeply undervalued largely as a result of the lack of effective oversight by the board of directors of the Company (the “Board”), which has lost legitimacy and the confidence of its shareholders. The Board has a fiduciary duty to act in the best interest of the Company and to consider the interests of all of its stakeholders, including its shareholders. When the Board fails to properly discharge these duties, shareholders have the right to take action to ensure that their interests are being adequately protected and represented in the boardroom.

The operating performance of Gale Force under the stewardship of the Board and current management – notwithstanding the recent sales of Gregg & Rusk Counties Properties and Oklahoma Properties – has been nothing short of abysmal. We believe the Company lags behind its peers in nearly every relevant metric, leaving Gale Force as an underperformer in the marketplace. If Gale Force’s share performance is any indication of the Board’s ability to effectively manage the Company, the 70% deterioration in Gale Force’s value over the past year should alert the Board of the market’s concerns about management’s abilities. Most notably, the 70% deterioration of the Company’s value occurred simultaneously with positive announcements, such as the Company’s increases in production and crude oil reserves. Gale Force’s most recent reserve report filed with SEDAR stated that the discounted present value of the Company’s 2P reserves is $83 million. However, the Company’s market capitalization is currently just $12 million and over the past year has never traded at a market capitalization above $30 million.

For these reasons, we believe that the contraction in market value is not based upon the Company’s inherent asset values, but on its ability to send a clear message to shareholders that it is capable of executing on a long term, value-maximizing plan. We believe that the Company should immediately address these and other issues by committing to changing the composition of the Board and senior management to include individuals with more experience and qualifications in the oil and gas industry.

Not only have the Board and management mismanaged the Company’s operations, but they have also failed to communicate with shareholders and build investor confidence. Though we have reached out to management time and again, management has persistently provided us with delayed and inadequate responses. Management has not only failed at communicating effectively with us, but has also failed to deliver a single investor presentation during the past eight months. Shareholders deserve effective and timely communications from management, and Gale Force can accomplish this by engaging an investor relations firm with the capacity to deliver on shareholder expectations. We would have expected in the wake of the Company’s restatement of its 2011 financial statements that it would have taken the initiative to vastly improve both its investor relations and reporting programs. Unfortunately, this has not been the case.

Equally troubling is the Company’s poor disclosure record. For example, on page 13 of the Company’s 2012 Management Information Circular (the “2012 Management Information Circular”), you indicate that “Under an agreement with CKJ Consulting & Research Inc. and Mr. McLellan, customary compensation that would be payable to an employee for termination without cause or in the case of a change of control of the Corporation is payable to CKJ Consulting & Research Inc.” There is no disclosure regarding the triggers for a change of control payment or the amount that might be paid. This vague and incomplete disclosure is symptomatic of the Company’s lack of transparency, which makes it difficult for shareholders to make informed investment decisions.

We therefore call on Gale Force to hire an investor relations firm that has experience with companies of Gale Force’s size, history, and prospects. A good IR firm can help the Company appear at appropriate industry conferences, publish investor presentations in a timely fashion and over appropriate channels and improve its public disclosure. Gale Force’s management must also commit to getting out on the road and hosting “road shows.” Furthermore, an effective IR firm can assist in rebuilding Gale Force’s shareholder base. We would like to be consulted on the selection of an IR firm, as we are much closer to the financial markets than the Company and have a better knowledge of how the process should work and who can make it happen.

We believe that a lack of financial guidance and the overhang of the 16.8 million units issued in connection with the purchase of Great Gulfcan Energy Inc. (“GGC”) have contributed to the Company’s significantly undervalued share price. At the time the GGC acquisition was announced and details of the transaction were disclosed, the 16.8 million units offered to GGC shareholders were priced at an unusually high discount to market value when compared against historic deals, which were priced in line with the Company’s market value. In addition, the 16.8 million preferred shares underlying the units, though convertible into common stock, are subject to significant resale restrictions, such that 50% of these preferred shares are not transferable until June 1, 2013, and the remaining 50% are not transferable until December 1, 2013. These transfer restrictions reduce the overall liquidity of the Company’s capital and ward off prospective investors with the potential of the preferred shares’ dilutive effect, if such preferred shares are ever converted into common stock. If management were to engage an IR firm shareholders would be able to better manage their expectations, which should lead to healthier trading volumes.

Although enhancing investor relations would significantly enhance Gale Force’s transparency and improve its historically lackluster performance, such improvements would do little to correct a fatal flaw in the Company’s current leadership – a substantial lack of relevant experience and lack of a vested interest in the Company. The Board, as it is currently composed and aside from our director representative, has limited oil and gas experience, and the Company’s management is led by an executive that lacks a vested interest in the Company’s success. A board that lacks experience in the industry it is tasked to oversee will find it difficult to effectively manage a successful operation, let alone one with serious setbacks. It is imperative that the Board fulfill its duties to the Company and its shareholders by reconstituting its membership, as well as senior management, with proven leaders in the oil and gas industry.

In keeping with our concerns over current management’s lack of industry experience, it is important to note that over the past twelve months virtually all of Gale Force’s production growth has come from its passive, non-operated investment in the liquids-rich Marcellus formation. This top tier asset, which Iroquois brought to Gale Force, is operated by a large NYSE listed operator and has the potential to drive significant production growth over the coming years. Gale Force needs someone with industry experience to help them source similar low-risk, high-growth opportunities for reinvesting the $2.4 million annual cash flow being generated by its mature, low decline rate conventional assets.

We are deeply troubled by management’s history of poor execution and missed deadlines and the Board’s failure to hold management accountable for its less than admirable track record. It is incumbent upon the members of the Board, in accordance with their respective fiduciary duties, to take all actions necessary to protect the best interests of the Company and the shareholders and immediately implement a much-needed overhaul of the Company’s failed leadership. Unfortunately, the presence on the Board of one highly qualified shareholder representative has not proven sufficient to set the Company on the right path towards shareholder value maximization. If the Company does not immediately engage with us to discuss significant in senior management and the composition of the Board, we will have little choice but to pursue our own avenues for seeking such changes in order to protect the best interests of the Company and all of its shareholders.