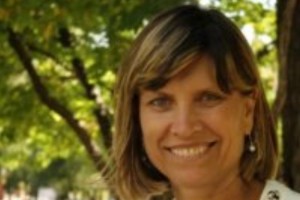 Kathy Jeramaz-Larson, executive director of trade organization the Institutional Limited Partners Association, will step down from the organization as of June 30, according to a ”friends and family” email sent Tuesday.

ILPA’s board will have completed its formal search for Jeramaz-Larson’s replacement as of that time, according to the email. Jeramaz-Larson declined to comment.

“Leading the ILPA for the past eight years has been a rewarding period of my career, during which there have been many accomplishments of which I am extremely proud,” she said in the email.

[contextly_sidebar id=”ZsPungMtTAFGTE6V7byqSJoBMmVTDWBo”]Larson joined ILPA in January 2007 and under her leadership the organization grew from 140 to 320 members.

She led the group through what has arguably been the most transformative era in the private equity industry for limited partners. After the global financial crisis, LPs found themselves with more leverage in negotiations with GPs than ever before. GPs desperate to raise funds in the uncertain environment in 2009 and 2010 allowed for much friendlier terms and conditions, leading many to conclude the “pendulum” had swung to the LP side.

Under Larson’s leadership, ILPA helped codify the most desirable terms and conditions among fund investors, releasing two versions of its Private Equity Principles in 2009 and 2011.

The principles, which ILPA stresses are best practices and should not be viewed as mandates, outline ways to achieve better alignment of interest, governance and transparency between the GP and LP.

The principles recommend best practices such as using a “European-style” waterfall distribution model, in which LPs are paid back all contributions, plus a preferred return before the GP starts collecting carried interest. The principles also state management fees should not serve as profit centers; that 100 percent of transaction, monitoring, directory, advisory and exit fees go to the LP; and that fund life extensions must be approved by a majority of LPs (or an LP advisory council).

More recently, ILPA worked with Cambridge Associates to create its own private equity benchmark using funds from its own members. The result was a proprietary index of more than 1,800 funds, owned by ILPA’s own members, Buyouts previously reported.

Prior to joining ILPA, Jeramaz-Larson worked as COO at Macdonald & Associates, which was sold to Thomson Financial in 2005. Before that, she worked at a large Canadian financial institution, according to her biography.