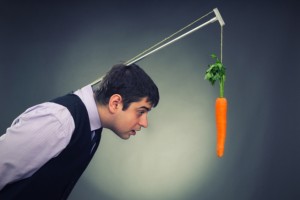 The news that TPG Capital is offering incentives to limited partners to commit to its seventh flagship buyout fund didn’t come as a surprise to many LPs.

The firm is trying to recover from two struggling funds, which took some devastating hits from the loss of Washington Mutual and the former TXU, now in bankruptcy court under the name Energy Future Holdings.

TPG Capital is an example of a firm with a shaky recent track record doing all it can to attract investors into its latest fund, several LPs said in recent interviews. However, the idea of using incentives to draw in bigger checks at a quicker pace has become an almost routine part of marketing these days, according to numerous LP and advisory sources interviewed by peHUB.

Update: Not everyone agrees TPG’s incentives are being driven by past performance. The incentives are similar to what other GPs are offering in their fundraisings, regardless of performance, according to a person with knowledge of the firm. The terms, which are outlined below, would not likely change an LP’s mind from a no to a yes; they are meant to be a reflection of what is being offered in the market today, the person said.

TPG’s performance in the recent funds V and VI has improved, especially Fund VI, which was posting a 1.39x multiple and an 11.9 percent internal rate of return as of June 30, 2014, according to performance information from the Oregon Public Employees Retirement Fund. Fund V was generating a 1.28x and a 4.3 percent IRR as of the same date, according to Oregon’s numbers.

What was once a headline-grabbing novelty among mega-funds struggling through a tough fundraising environment post-financial crisis has become part of the package general partners bring to the negotiating table.

And while in 2010 and 2011 GPs needed that extra push to get over the finish line to their target, today GPs need that extra bit of zip to help differentiate themselves in what has become the most crowded private equity fundraising environment of all time.

[contextly_sidebar id=”6TPjRjyqjhMz3Jo1QNF8RXMTNO86nyxQ”]According to the PE/VC Partnership Agreements Study 2014-2015, published by Thomson Reuters, about 14 percent of North American buyout funds offer special incentives to come into a first close, while the figure is 35 percent for funds of funds and secondary funds. Nearly one in five (18 percent) North American buyout funds offer fee breaks for bigger commitments, as do 42 percent of funds of funds and secondary funds.

TPG Capital is aiming to raise between $8 billion and $10 billion for its TPG Partners VII, a big step down from its $19 billion sixth pool that was generating a 1.39x total value multiple and an 11.9 percent internal rate of return as of June 30, 2014 for backer Oregon Public Employees Retirement Fund.

This is reminiscent of some of the big European shops who, shortly after the world began emerging from the financial crisis in 2010 and 2011, started offering early close discounts. Cinven, Permira and BC Partners all tried to incentivize LPs to get their commitments in early.

First-close discounts “highlight one of the biggest challenges sponsors have in fundraising—getting some impetus to getting to that first close. That is often the hardest part of fundraising,” according to Jordan Murray, a partner at law firm Debevoise & Plimpton.

“As a private equity sponsor, you’re trying to get investors off the sidelines, to give up liquidity and that free look they have on the portfolio. The longer they wait out there, the more options they have for their money,” Murray said.

Incentives do get the attention of LPs. One private equity investment officer at a U.S. public pension said if his team is looking at two GPs they want to commit to, the one that is offering incentives will get first look.

“If we don’t have the right amount of incentives, we’ll hang around the hoop and when time permits, (start working on the fund); if there is an incentive, we might reallocate resources if we’re properly incentivized,” the LP said.

So what are some strategies firms are using to crack the fundraising code? There’s the ole’ reliables—the ‘early bird’ discount and the size discount, which are likely the most prevalent types of incentives out there.

Some firms like TPG Capital and Bain Capital have offered options for management fees and carried interest levels. TPG Capital, for example, is offering a conventional fee option – a 1.5 percent management fee that drops to 0.75 percent after the investment period. Or LPs can opt for a “J-curve mitigant” fee structure that allows for roughly the same amount of fees, but is back-ended to smooth out returns, Buyouts reported in September. The second option includes a 0.625 percent management fee during the investment period that jumps to 1.5 percent of invested capital.

There are also fee holidays, in which early investors get a fee break for a period of time, or even incentives that have early LPs paying part of the management fee on invested capital, and the balance on committed capital, for a certain period of time, Murray said.

“All those formulations take you to the same place, Murray said. The GP gets to say, ”’if you are there for us in the first place, you will pay less than those who come later.’”

Beyond those terms, GPs are also offering co-investments or access to secondary deals to early LPs, sources said.

“If you have a co-investment or secondary around your fundraising, that always catches the LP’s interest,” said Christian Kallen, vice president on the fund investment team at advisory shop Hamilton Lane.

Kallen explained that a GP that has a deal in the pipeline that is bigger than it can handle on its own could be offered to prospective LPs as a co-investment. “Right off the bat, the LP will be able to put quite a bit of money to work in working assets,” he said. Or, if the GP is aware of LPs in prior funds that want to sell their exposure, that can be offered to prospective LPs interested in the manager.

Ultimately, though, no matter what tricks a GP has up its sleeve, fundraising comes down to “plain and simple hard work—taking one meeting after another until you crack the code with what works and what doesn’t work in regards to your strategy and track record,” Kallen said.

Incentives do have the risk of causing drama—those investors who come in later may demand the same type of treatment given to investors who were there early—especially if later LPs are big institutions cutting big checks.

“Folks coming in later might say, ‘Too bad I didn’t make the first close, but it could have been out of my control, and now I want the same deal,’” according toAlex Leykikh, a partner with placement agency Atlantic-Pacific Capital. “Sometimes that’s a fair point, sometimes it’s not.”

GPs are going to have to get used to navigating these types of situations as LPs expect greater care and a personal touch from their trusted partners. In other words, now that incentives are just a part of the fundraising process, it’s not likely they are going anywhere anytime soon.