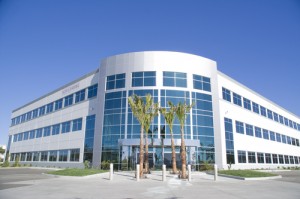 Private equity sponsors looking to monetize investments in healthcare operating companies may wish to consider partnering with REITs as an alternative to traditional exit strategies.

J. Christopher Lewis of Riordan Lewis & Haden Equity (RLH) recently described an innovative recapitalization of a healthcare operating company by which RLH achieved a cash return estimated to exceed 10 times its investment, while still retaining a significant minority stake in the company to grow for a future exit.  The transaction — which was enabled by the  REIT Investment Diversification and Empowerment Act (RIDEA) — could serve as a roadmap for other sponsors.

Lewis, who founded RLH in 1982 with now-retired former Los Angeles Mayor Richard Riordan, described the transaction at a panel discussion on the State of Private Equity sponsored by the Association for Corporate Growth in Los Angeles. Lewis noted that a sponsor’s dilemma is always how to exit. While sponsors need a liquidity event, entrepreneurs and operators often want to continue growing the business after the sponsor exits. With Silverado Senior Living — an RLH portfolio company that operates Alzheimer’s care communities and provides hospice and homecare services — RLH was considering the usual options such as sale to another sponsor or IPO when “out of nowhere” Healthcare REIT (NYSE: HCN) proposed a $298 million RIDEA partnership.

“We sold both the earnings and the real estate,” Lewis said. “It allowed us to keep a stake in the company, which manages the properties, and gives us a chance to build the business again. When we exited, we made a great return, and we expect to have another sizeable liquidity event again in about five years. We created an ’evergreen‘ structure, which you can sometimes do with an IPO, but without complications of Dodd Frank, being public, working with analysts, and so on.”

Lewis believes the Silverado transaction was the first RIDEA ever done between a public REIT and a private equity-sponsored healthcare operating company. “It was innovative,” he said. “Every day there were new issues that hadn’t ever been addressed before.”  The transaction was honored with the “Spotlight Deal of the Year” award by ACG’s Orange County Chapter.

RIDEA partnerships between REITs and healthcare facilities were authorized by the 2008 REIT Investment Diversification and Empowerment Act (RIDEA). REITs are generally prohibited from owning stakes in the operating businesses that utilize their real estate assets. Tax rules require REITs to derive at least 75% of their gross income from rent, but prior to 2008 the IRS disqualified rent from medical buildings because patients generally stayed short periods instead of entering long-term leases. RIDEA amended the Internal Revenue Code to allow REITs to treat rental payments made by a healthcare facility as qualifying REIT income, among other changes.

Prior to the economic downturn, many companies separated their operating companies and real estate assets into separate companies — referred to as an “OpCo/PropCo” structure — to obtain financing for the PropCo assets. An RIDEA partnership can help healthcare companies refinance PropCos or exit them entirely. In the transaction, the OpCo assets (i.e. the ongoing operating company) are distributed and the PropCo entity is acquired by the new partnership. The operating company then enters into long-term, triple net leases for the facilities.

Trade publications report that RIDEA investments have been a boon for the healthcare real estate market, which is rapidly expanding in the face of a rising Baby Boomer generation with longer life expectancies and, accordingly, increased necessity of assisted living facilities. This, in addition to rising healthcare costs, has compelled healthcare facilities to shy away from the additional expense of maintaining real estate assets.

RIDEA “is a structure that will continue to be utilized for the foreseeable future,” Senior Housing Properties Trust President and COO David Hegarty told the Senior Housing News in a recent article.  “I believe pretty much everybody in this industry believes we are at a great part of the real estate and senior living cycle where the opportunity for improvement looks very definitive for the next several years. If you’re going to use RIDEA, now is the time to do it.”

Healthcare REIT described the Silverado transaction in a press release as follows:

RLH achieved significant liquidity for its investment in Silverado, while simultaneously retaining the company in its portfolio for another exit. Silverado owns 5% of the RIDEA partnership and continues to provide the management services to the communities under an incentive-based management contract, thereby able to continue earning revenue from operating the facilities.

Private equity sponsors can benefit from achieving liquidity for healthcare investments. Sponsor-backed entrepreneurs and operating companies can continue to grow their core businesses while focusing on operations rather than real estate. Sponsors can also benefit from REITs’ lower overall cost of capital for expansion and acquisition opportunities.  And REITs benefit from having another source of qualifying rental income, as well as the ability to share in profits from RIDEA partnerships.

Author’s note: Thank you to Katie Fernilius for her assistance with this article.