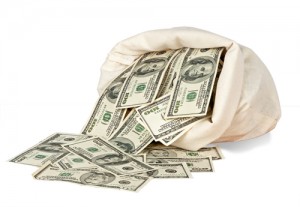 The venture firm — which counts Twitter, Flipboard, Tumblr, and Living Social among its many investments — has raised $1.49 billion and has plans to raise roughly $900 million more, according to SEC filings.

The total offering amount is listed as $2.4 billion. The fund may be a successor to the $1.5 billion fund that the firm closed in 2011 to back software and Internet services.

The firm has not responded to a request for comment from PeHUB.

Insight filed documents for two other funds, but the capital for those funds is part of the $1.49 billion it has raised to date. One filing shows the firm has raised $354 million; another shows another a pool of $417.5 million that has already been sold.

Update: The SEC filings do not name investors in the fund, but at least one of them is the Washington State Investment Board. The board last week approved an investment of up to $150 million for Insight Venture Partners VIII, the first commitment it has made to an Insight fund, WSIB spokeswoman Liz Mendizabal told peHUB today.

In 2011, Insight raised a $1.5 billion fund, as well as a co-investment fund that held $450 million in commitments; the smaller fund was intended to allow Insight to invest in larger deals.

The firm also said in 2011 that it would make investments as large as $150 million. But in at least one case, the firm has expanded on that range. In February, Insight invested $200 million in 9-year-old, Atlanta-based AirWatch, which specializes in helping large companies manage and secure the mobile devices of their employees.

Other recent investments include a $25 million minority equity investment from Insight into Cherwell Software, a Colorado Springs, Colo.-based company that sells IT service management software; a $53 million investment in SR Labs, a New Delhi-based maker of high-performance electronic-trading software; and Pluralsight, a Salt Lake City-based online education company for software developers, which raised $27.5 million from Insight.

Among Insight’s most recent exits, meanwhile, is email marketer ExactTarget, which went public last year in a $161 million offering.

Correction: The original headline misstated the amount that Insight had raised. The story also clarifies that two parallel funds are not separate from, but part of, the total $1.49 billion Insight has raised.