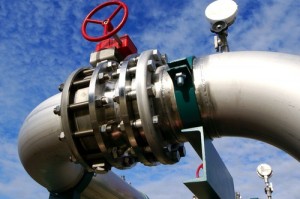 Calgary-based Insignia Energy Ltd., a publicly listed junior oil and gas exploration and development company, has agreed to be taken private by Canadian private equity firm Brookfield Capital Partners. Brookfield has been an investor int he company since 2008 and currently holds a majority position. The proposed transaction, which was announced earlier in May, is valued at approximately $87 million. The company’s board of directors (with interested directors abstaining) has unanimously approved the deal, which will be considered by a special meeting of shareholders in mid-July.

CALGARY, May 28, 2013 /CNW/ – Insignia Energy Ltd. (“Insignia” or the “Company”) (TSX: ISN) is pleased to announce that, further to its May 6, 2013 press release, it has now entered into a formal arrangement agreement (the “Arrangement Agreement”) with Brookfield Capital Partners Ltd. (“Brookfield”) and ISN Acquisition Corp. (“Acquireco”), a wholly-owned subsidiary of Brookfield, to privatize Insignia.

Pursuant to the Arrangement Agreement, Acquireco will acquire all of the issued and outstanding common shares (the “Common Shares”) of Insignia pursuant to a series of steps, including the implementation of a plan of arrangement under the Business Corporations Act (Alberta) (the “Arrangement”) in a transaction valued at approximately CDN$87 million, including the assumption of net debt, liabilities and other obligations and inclusive of the value of approximately 71.1% of the outstanding Common Shares of Insignia held directly or indirectly or over which control and direction is exercised by executive officers and a director of Insignia (collectively, the “Management Shareholders”) and Brookfield and its affiliates (collectively, the “On-Going Shareholders”).

Under the terms of the Arrangement Agreement, each Insignia shareholder, other than On-Going Shareholders (the “Public Shareholders”), will receive CDN$1.35 in exchange for each Common Share. The consideration to be received by the Public Shareholders pursuant to the Arrangement represents a 95% premium to the weighted average trading price of the Common Shares for the 20 trading days ended prior to the announcement on May 6, 2013 of Brookfield’s proposal to acquire Insignia.

The Board of Directors of Insignia (the “Insignia Board”) formed a committee of independent directors (the “Independent Committee”) to, among other things, review and evaluate the terms of the proposal from Brookfield, to obtain and supervise the preparation of a formal valuation of the fair market value of the Common Shares, to make a recommendation to the Insignia Board in respect of the proposal and to negotiate the terms and conditions of the Arrangement Agreement and related matters.

Peters & Co. Limited (“Peters & Co.”) was retained by the Independent Committee to provide, under the supervision of the Independent Committee, an independent formal valuation prepared in accordance with Multilateral Instrument 61-101 – Protection of Minority Securityholders in Special Transactions (“MI 61-101”), and has concluded that, based upon and subject to the assumptions, limitations and qualifications contained in its written valuation, as at May 28, 2013, the fair market value of the Common Shares is in the range of CDN$1.28 to CDN$1.68 per such share.

Peters & Co. has also provided the Independent Committee and the Insignia Board with a fairness opinion that the cash consideration to be received by the Public Shareholders pursuant to the Arrangement is fair, from a financial point of view to such Public Shareholders.

All of the members of the Insignia Board and Insignia’s executive officers, who collectively own directly or indirectly or exercise control or direction over approximately 4.5% of the outstanding Common Shares, have entered into support agreements with Acquireco pursuant to which they have agreed to vote their Common Shares in favour of the Arrangement, subject to the provisions thereof.

The Arrangement is subject to customary Toronto Stock Exchange, Court and regulatory approvals, including, but not limited to, the approval of at least 66 2/3% of the votes cast in person or by proxy at a special meeting of Insignia’s shareholders and the approval of the “majority of the minority”, being a majority of the votes cast by shareholders excluding shareholders whose votes may not be included in determining if minority approval is obtained pursuant to MI 61-101.

Under the Arrangement Agreement, Insignia has agreed that it will not solicit, assist, initiate, facilitate or encourage any discussions, negotiations, proposals or offers concerning the pursuit of any other acquisition proposals. Insignia and Acquireco have also agreed to pay a termination fee of CDN$2.0 million to each other in certain circumstances. In addition, Acquireco has the right to match any competing “superior proposal” (as defined in the Arrangement Agreement) for Insignia in the event such a proposal is made.

Following the Arrangement, the Common Shares will be de-listed from the TSX, and Insignia will continue to be run by its current management team led by Mr. Jeff Newcommon.

Insignia is a publicly listed junior oil and gas exploration and development company based in Calgary, Alberta. Insignia’s Common Shares trade on the TSX under the symbol “ISN”.

This press release may contain forward-looking statements including anticipated timing of various matters relating to the completion of the transactions contemplated by the Arrangement Agreement. These statements are based on current expectations that involve a number of risks and uncertainties, which could cause actual events to differ from those anticipated. These risks include, but are not limited to: the risks associated with the completion of the transactions contemplated by the Arrangement Agreement and the timing and receipt of required shareholder, court, regulatory and other approvals and consents. No assurances can be given that any of the events anticipated by the forward-looking statements will transpire or occur. Except as required by applicable securities law, Insignia undertakes no obligation to update or revise any forward-looking statements.

This release does not constitute an offer to purchase or a solicitation of an offer to sell securities. Shareholders are advised to review any documents that may be filed with securities regulatory authorities and any subsequent announcements because they will contain important information, regarding the Arrangement and the terms and conditions thereof.