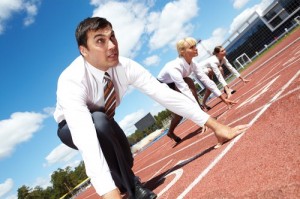 Financial institution and economic development agency Investissement Québec announced that the government of Québec will provide support for three business incubators to be located in Shawinigan, Trois-Rivières and Bécancour. The government’s contribution, which could amount to as much as 25% of the costs of projects under development, is intended to help stimulate entrepreneurial activity in the regions.

Bécancour, April 16, 2013 – Élaine Zakaïb, Minister for Industrial Policy and the Banque de développement économique du Québec, and Yves-François Blanchet, Minister of Sustainable Development, Environment, Wildlife and Parks and Minister responsible for the Centre-du-Québec and Mauricie regions, have released the report of the economic diversification committee for the use of the $200-million fund, whose establishment was announced last fall. The fund was created to support growth in the Centre-du-Québec and Mauricie regions. The report analyzes the economic strengths of the two regions, defines the major business objectives, recommends a diversification plan, suggests measures to stimulate entrepreneurship and presents structuring projects.

“The members of the committee, co-chaired by Réjean Hardy and Jean-Guy Paré, have done a remarkable job. The report’s quality shows that we’re on the right track in wanting to hand over more powers to the regions to ensure their own economic development,” emphasized Élaine Zakaïb. “The fund is the ideal tool for implementing the proposed economic diversification plan, which aims to give a new impetus to the two regions’ economies, as we committed to doing. Compared to existing programs, its terms regarding eligible beneficiaries, enhanced assistance rates and management aspects that are under the responsibility of the two regions, are advantageous. I’m convinced that it will be an outstanding lever for implementing innovative, high-impact projects able to generate spinoffs amounting to $1.2 billion within five years.”

“This fund gives the Centre-du-Québec and Mauricie regions the tools to speed up their economic development with formative, job-creating projects and build a stable, competitive economy,” added Yves-François Blanchet. “The fund, which is bringing in new money, was created by and for local residents and will revitalize these vulnerable regions. We worked together to determine the guidelines for diversifying the economy, in particular by targeting future-oriented markets and solutions designed to generate business and investment projects. A great deal of work has been accomplished, and I take my hat off to the committee members. They have proven that the drivers of our economy can look ahead and work to build the future, starting today.”

The Québec government announced the creation of the diversification fund in October 2012 to revitalize the Centre-du-Québec and Mauricie regions, which were affected by the closing of Gentilly-2 nuclear generating station. At the same time, an economic diversification committee made up of stakeholders from the two regions was created. It officially submitted its report today.

A fund with unique terms
The economic diversification fund for the Centre-du-Québec and Mauricie regions is a specific, effective financial lever that promotes growth-generating projects in the two regions. Its unique terms and conditions make it very accessible. As recommended in the plan, it aims to support capital investment projects related to the start-up and expansion of small and medium-sized businesses (SMBs), feasibility studies leading to investment projects, the creation of new products or procedures, and the creation of incubation services designed to nurture innovative businesses. The fund can also assist international companies or their subsidiaries that wish to locate in the two regions.

The fund targets projects by businesses, including those active in the social economy, manufacturing and driving service industries, which comprise high-value-added companies and those using new technologies, especially information and communication technologies. Primary industry companies with secondary or tertiary processing projects are also targeted, as are major projects by tourism companies. Financing will generally take the form of loans, loan guarantees or equity interests.

Élaine Zakaïb and Yves-François Blanchet also confirmed the Québec government’s intention to provide financial support for three business incubators in Shawinigan, Trois-Rivières and Bécancour. That contribution could amount to as much as 25% of the costs of projects under development. A specific measure to assist business incubators was one of the strategies favoured by the members of the economic diversification committee for the Centre-du-Québec and Mauricie regions.

“When local entrepreneurship grows and expands, the effects can only be favourable, fostering the emergence of new businesses and new jobs and helping make the industrial fabric of these two regions more diverse,” noted Élaine Zakaïb.

“Entrepreneurship needs to be given a higher profile in Centre-du-Québec and Mauricie,” asserted Yves-François Blanchet. “At present, the rate of entrepreneurship in these two regions is lower than in the rest of Québec, but we have all the necessary ingredients. This fund and the accompanying diversification plan are the nudge we’ve been waiting for.”
Sources: