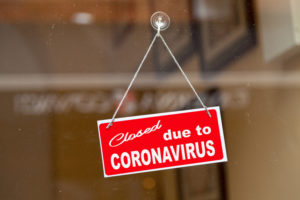 Morning from the Metuchen compound!

We’re hunkered down here, like most of you, building up our stock of dry goods and on a never-ending search for paper products. And learning how to home school.

Invoking material adverse clause provisions is a move that many buyers are not willing to make, save for the most extreme circumstances. Invoking a MAC, or a material adverse event, to pull out of a deal that has already been signed up can lead to court fights and even, according to some sources, loss of reputation for the party using the nuclear option.

So MACs and MAEs are not used easily, and in fact are fairly rare. Specifically, we’ve not heard of any signed-up deals being derailed by the MAC. However, Colin Adams, managing director at M-III Partners, a transaction advisory and turnaround firm, tells Milana Vinn on PE Hub that, for the first time in a 20-year career, he’s seen buyers use the MAC. Here’s a take from Adams. Read Milana’s full interview here on PE Hub:

I have been working on a private equity sponsored deal where the existing lenders and the sponsor are in agreement about making a transaction happen, and nevertheless, uncertainties are preventing a closing.

MAE and MAC clauses are not only being discussed, they are being used. How many times in my career have I actually seen MAE or MAC get called? Quite literally zero until last week, and that includes the financial crisis, where there were threats about it, but it never really happened. This week I’ve seen it called twice in the last two days. And people are not worried about it — they are calling it with impunity, because there is a global pandemic going on and the world has changed.

Different this time: Adams also makes the point, which several sources have pointed out to me in recent weeks, that this crisis differs from 2008. The global financial crisis was a drying up of liquidity, a credit crunch. A situation that, while extreme and triggering a brutal recession, was fixed by the government stepping in and making sure money continued flowing through the system.
This crisis did not begin as a problem of liquidity (though it could become that absent government moves to shore up the system). Instead, it’s a complete shuttering of demand as businesses are forced to close and consumers are locked at home playing old 90s video games on their phones.

Forcing money into the system is not going to cure the virus or let people out of their homes. The only cure for this problem is getting a handle on the outbreak, after which, perhaps we’ll see pent up demand explode into the market and help boost us out of a prolonged downturn.

From Adams: If you are a PE sponsor or equity investor, what you have to realize is that unlike 2008 — which was really a lack of debt capital problem — here it is an equity capital problem. There is a long-term drying up of demand. So the dollars that are needed are long-term equity dollars that are going to get the benefit of the return in the future. And you need new dollars that do not require regular interest payments like the fixed income dollars do.

Top Scoops
Institutional investors need to monitor movements of their illiquid portfolios as public markets holdings drag down the total value of their funds. But whether they should make any moves with their private equity holdings will depend on where those portfolios were when the crisis began, writes Justin Mitchell on Buyouts. Read it here.

I pulled some books from my library as part of quarantine, to pass the time in between chasing toddlers and talking to sources. Have you read this one? I’m currently burning through “Once in Golconda” by John Brooks. This is a quick-hitting history of the stock market from 1920 to 1938, with special focus on certain individuals like Richard Whitney. Also reading “Billion Dollar Whale” by Bradley Hope and Tom Wright. What are you reading these days?