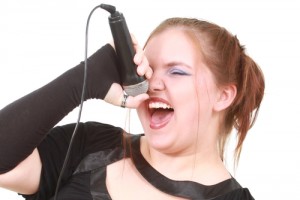 One of the more interesting press releases from the National Venture Capital Association (NVCA) is the VC Quarterly Fundraising announcement which came out yesterday for 4Q12. The data serve as a weathervane for the industry, indicating how much capital was raised – by firm, by geography, by investment strategy.

For a reasonably extended period of time – over the past four years – the VC industry has been investing more capital than it has been able to raise in new funds. I have been worried that this dynamic will end abruptly (i.e., badly) as one would logically conclude the investment pace needs to dramatically slow as firms invest the balance of their funds. Or fundraising would increase materially (but that has not happened). This imbalance is not sustainable.

The headline for this past quarter was quite positive; 42 funds raised an aggregate of $3.3 billion, which meant for all of 2012 $20.6 billion was raised by 182 funds, which compares favorably to 187 funds and $18.7 billion in 2011. Notwithstanding the more modest 4Q12 activity ($5.1 billion was raised by 56 firms in 3Q12, $6.2 billion by 54 firms in 4Q11), that felt understandable given the concerns and distractions surrounding the election and fiscal cliff, and frankly, the continued lack of meaningful and consistent liquidity. But some of the details buried in the data provide a more nuanced picture of 4Q12 fundraising activity.

The top 5 funds accounted for 56% of all capital raised; the top 10 accounted for 75%. Clearly continued concentration of managers.

Of the top 10 funds, one is in New York, none are based in Boston, two are healthcare, and two are deemed “new” – which is perhaps somewhat misleading – NovaQuest Capital (~$250 million) is the investment team from Quintiles which had been investing together since 2000 (in fact the fund is labeled “III”) and Costanoa Venture Capital ($112 million) is reported to be constructed with a number of existing positions spun out from Sutter Hill Ventures.

The average size across all 42 funds is $78 million but the median is $24 million.

The average size of “new” funds (including NovaQuest and Costanoa) is $34 million; excluding them the average drops to $14 million.

Many of the funds raised this past quarter appear to be “side car” funds of existing, longstanding venture firms.

Consistent returns and liquidity should reverse the fundraising trends driving the VC industry to be smaller and more consolidated. Given the strength of the public markets over the past year the overhang of the “denominator effect” should also be less of a concern in the near to medium term. Unfortunately it may take time for many LP’s to adjust their portfolio allocation models to increase exposure to VC. But that will happen. Hopefully the news in 90 days will hint at that.

Michael Greeley is a managing director with Flybridge Capital Partners. Opinions expressed here are entirely his own; to view this post please visit his blog.